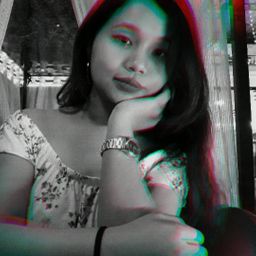 The river Brahmaputra is one of the biggest river in India , it also happens to be the third largest river in the world. The word " Brahmaputra " means " the son of Bramha" according to Sanskrit. Bramhaputra River is the youngest among the other major rivers worldwide and its also known as "a moving ocean". And also the only male river in India.

The origin of the Brahmaputra is from the Chemayungdung mountain range which is around 60 miles to the Southeast of Mansarovar Lake in Mt. Kailash which falls in Southern Tibet, at the altitude of 5300 m. The river traverses mostly as Tsang-po in Tibet. The Brahmaputra River, also called Yarlung Tsangpo in Tibetan language. It flows 1625 km in Tibet along with the main Himalayan ranges before making entry to Arunachal Pradesh in India.

Brahmaputra river is around 2390 miles (3848 km) in total . The Brahmaputra is an important river for irrigation and transportation. Fresh alluvial soil deposits , with extensive flood plains have been associated in the river. When the rainy season appears , the flood happens which seem to widen the geographical landscape of the river. These days, continuity of deforestation made the watershed cause a huge rate of soil erosion in the downstream.

The climate of the Brahmaputra valley varies from the harsh, cold, and dry conditions found in Tibet to the generally hot and humid conditions prevailing in Assam state and in Bangladesh. Tibetan winters are severely cold, with average temperatures below 32 °F (0 °C), while summers are mild and sunny. The upper river valley lies in the rain shadow of the Himalayas, and precipitation there is relatively light: Lhasa receives about 16 inches (400 mm) annually.

The Indian and Bangladeshi parts of the valley are governed by the monsoon (wet, dry) climate, though it somewhat got adapted there compared with other parts of the subcontinent; the hot season is shorter than usual, and the average annual temperature ranges from 79 °F (26 °C) in Dhuburi , Assam, to 85 °F (29 °C) in Dhaka. Precipitation is relatively heavy, and humidity is high throughout the year. The annual rainfall—between 70 and 150 inches (1,780 and 3,810 mm)—falls mostly between June and early October. And lighter rain , falls after mid of October.

COURSE OF THE Brahmaputra

The river crosses via three countries, during the course ( India,Tibet and Bangladesh). In Tibet it's called Tsang-Po , where the force of water is slow . Then it is called as Siang when it enters Arunachal Pradesh in India , the size of the river gets broader when it enters Assam . Then it gets divided into two different channel between two districts. These channels are known as the Northern Kherkutia and Southern Bramhaputra . It flows southwest through the Assam Valley as Brahmaputra and south through Bangladesh as the Jamuna (not to be mistaken with Yamuna of India). It meets the Ganges Delta in the Bay of Bengal in Bangladesh.

River is one of the most important thing on which humans rely on for their livelihood. Without the rivers the human race would have never reached to the peak of existence. The lives of many millions of Indian and Bangladeshi citizens are reliant on the Brahmaputra river. Its delta is home to 130 million people and 600 000 people live on the riverine islands. Also the fish caught both on the floodplain during flood season and from the many floodplain ponds are the main source of protein for a whole lot of population. As the rivers has been taking care of us throughout our lives , we should be grateful and we owe them the responsibility to keep it clean and healthy throughout the generation of human race .

Brahmaputra, the son of Brahma.

Tim Lin
Tim Lin
2 views
Sumit Kumar  •  47w  •  Reply
Highly informative. I feel each and every river should be kept clean for a better biodiversity conservation. Thanks for writing this.