Everything About Met Gala 2019 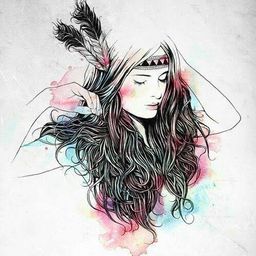 Generally speaking, gala etiquette calls for an evening dress, sleek heels, a small clutch bag, and statement jewelry. The met ball is like a costly fashion dress competition. Celebrities look stunning in their own way and choose their dresses in a unique manner. Some of the dresses are blowing our minds and others are just leaving us in awe .Many fashion designers, makeup artists and hair stylists get together to put together a fantastic feast for our eyes .Every year a theme is given by The New York Metropolitan Museum of Art .This year’s theme was“Camp: Notes on Fashion”. From zendaya to Kim Kardashian all of them slayedtheir looks.

Everything you need to know about met gala :

• It was conducted on 6 May 2019.
• It took place in New York.
• It is an annual fundraising gala for the benefit of the Metropolian museumof Art's Costume Institute in New York City.

• The founder is Eleanor Lambert
• It was Organized by Vogue.
• The theme of the spring exhibition at the Metropolitan Museum of Art's Costume Institute.
• Last year's gala raised approximately $13.5 million .
• This year’s gala was hosted by Harry styles , Serena Williams, Lady gaga and Alessandro Michele .

Here are some of the best dressed celebs of the MET GALA 2019 :

• Zendaya dressed as Cinderella in a light-up Tommy Hilfiger dress at the 2019 Met Gala.
• Her stylist, Law Roach, dressed as her fairy godmother and carried a wand to light up her dress.
• Zendaya has a history of committing to the Met Gala theme—and looks stunning every year.

• Jared leto came to the met gala carrying a replica of his own head .It left all the viewers in awe .

• He came in gucci

• The Mother Monster, as she's dubbed by her fans, paraded around the pink carpet in four unforgettable ensembles, and each one was on theme—which was "Camp: Notes of Fashion," based off of Susan Sontag's 1964 essay Notes on "Camp." From her kitschy props.

• Kim Kardashian showed up at last week's Met Gala in a stunning wet-illusion gown made by none other than Thierry Mugler, the legendary French designer who broke a 20-year design hiatus to create the piece.

• At tonight’s Met Gala, Serena Williams wore a stunning yellow creation by Atelier Versace on the red carpet—but it was what was underneath that embellished skirt and train that really stole the show.

• The tennis pro embraced her sportive roots for this evening’s camp theme, slipping on a pair of highlighter green Nike x Off-White Air Force One sneakers, logo with “Air” on them.

• Kylie Jenner's look involved four months of back and forth, several sketches, and a lot of lavender ostrich feathers.

• She wore a feathered versace dress .
• Kylie stunned in head-to-toe lilac thanks to her see-through, mermaid-esque dress, fur stoles, and perfectly purple wig.

• “Kylie and I worked on it and we came up with a fun vibe with Donatella,” Kendall told E! about their looks on Monday night’s carpet.

• The Titanic theme song singer looked fabulous in her dress.
• Dion, whether she fully understood the theme or not, nailed it. The icon appeared on the red carpet wearing a magnificent fringed ensemble by Oscar de la Renta with a matching sparkly crown.

• The outfit was inspired by the Ziegfeld Follies and took 3,000 hours for 52 master embroiderers to create. Oh, and it weighed over 22 pounds.

Celebrities and designers flocked to the metropolitian museum of art for its annual met gala , celebrating the costume institutes newest exibition .All the celebrities looked stunning.

Is Reading Your Hobby?? Do You Even Read Books?? You Don't??You Have To Check Out This Article!!

Master Procasinator ?This Article Is For You!!

Time: One Of The Precious Thing Of Life