Internally Broke But Happy Outside 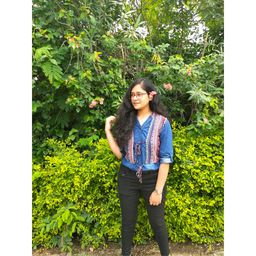 In this fast moving era we can probably see that people aren't actually what they show to the world. They look happy on their outer shell but deel inside they are not. People hesistate to share what they actually feel and pretend to be someone else. This generation is revolving around fake personalities. Today's individuals are mostly involved in the game of bragging. Everybody posts their successes or happy phases on social media and they just share the glory. Nobody shares the actuality of life. There's not always happiness or success there are failures too. But nobody shows that to the world in order to be in the game of bragging. This influences other people and they also pretend to be happy even when they're not. Everybody should be happy and satisfied with what they have and show what they actually are because one's originality is unbeatable.

Let us now discuss the basic factors that result in such behaviour of people:

This is the main reason behind such nature of people. Nobody wants to be considered inferior to someone else and for that they start showing off. They go beyond their financial and social limits to brag about something that they don't owe. Everybody should be saitisfied witj what they've got and embrace it.

People also have certain sort of insecurities. When a person is conscious whether the other people are noticing his presence or not. Only when he thinks that others don't consider him then only he starts showing off. Just to remark their presence they start bragging about the things. They show something they're not just to be socially acceptable.

Not At The Cost Of Happiness