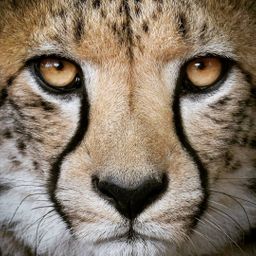 It is factually claimed that science cannot explain the ultimate mystery of nature and the devil’s kettle confirms this. It is one of the baffling waterfalls, discovered in the Judge C. R. Magney State Park, in the U.S. state of Minnesota, that would have ever existed on this planet.

The waterfall sits above the Lake Superior about a mile inland on the Brule River which gets split into two halves at an outcropping volcanic rock. One half falls 50 feet down in usual waterfall fashion whereas the other half falls into a hole, which is at least 10 feet, in the rock and disappears, supposedly forever. The gargantuan pothole swallows half of the Brule River and so is named the Devil’s Kettle.

Visitors have reportedly dropped sticks, ping pong balls and GPS trackers without seeing them resurface downstream. Local legends hypothesize that anything thrown into the Devil’s Kettle would never be seen again. Few other hypotheses are trying to explain the mystery like some say the water falling into the hole either flowed into a hidden underground limestone cave or it flowed into a lava tube.

While the lava tube hypothesis is proven wrong as the rhyolite which forms the bedrock of the river system is a volcanic rock and it does not form lava tubes. The other hypothesis is not quite acceptable as the nearest limestone deposits to the park are hundreds of miles away and also rhyolite is much too hard as a rock for such a cave system to have likely formed.

In 2017, Jeff Green a hydrologist working for the Minnesota Department of Natural Resources and retired Minnesota professor Calvin Alexander decided to measure the volume of water flowing immediately above and below the waterfall. The reports stated that the water flows above Devil’s Kettle at 123 cubic feet per second while hundreds of feet below the waterfall the water flows at 121 cubic feet per second. Although the figures aren’t the same, Jeff Green stated that In the world of stream gauging, those two numbers are essentially the same and are within the tolerances of the equipment.

Based on this, Jeff Green claimed that there is no mystery to the Devil’s Kettle as the plunge pool below the kettle is an unbelievably powerful system of recirculating currents, capable of disintegrating material and holding it underwater until it resurfaces at some point downstream. This somewhat explains why things that go into the kettle disappears. Yet the accurate explanation of the mystery is still awaited.