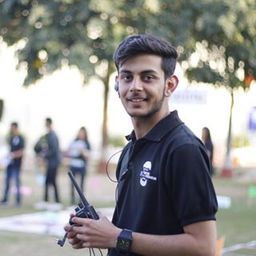 ENTREPRENEURSHIP is the most advancing field in today's world as there are various norms i.e. being practised towards the advancement of India, Which even gave rise to various start-ups and even promoting women's with there startups. Women entrepreneur are groups of women who take initiative to start there own venture with their innovative mindset and highly active nature promotes them to start a venture. As an entrepreneur women perform various functions to establish an enterprise that helps in attaining objectives and improves economic status.

An example of a women entrepreneur Kamal Singh from Rajasthan promoted this culture with an innovative and creative mind, self-dependent and generating employment and was easily managing her family, personal and social life.

As women's face certain problems in comparison to men with there startups are as follows:

1. The problem of Resource (money)

Finance is regarded as the lifeblood i.e. the most important thing to generate revenue for any big or small enterprise. As they suffer financial shortage on two of the aspects those are they don't have property on their names to generate funds with that, by using it as the funds from the external sources. Secondly, banks even don't pay women's large credits thinking they'll fail to return the amount in proper time either they'll leave their business with time due to workload. Women rely on the savings which are not sufficient to run a startup.

Thus, they fail in this way due to a shortage of resources

For any startup raw material plays a necessary input for any enterprise for the functionality in case of shortage they face problem in buying raw material due to high prices or they'll get products at a minimum discount. In 1971 women faced problems in basket- making is an example which shows scarcity of raw material had a rundown of enterprise by women.

As women have less revenue to spend on the organization over canvases and advertisement. As well as they have tight competition with men in the marketing domain with certain organised sectors ruled by men. This competition comparatively did not favour the result of women entrepreneurs.

Women have less mobility in comparison to men. As they are looked down upon if an unmarried or single women live in a room is doubted. Women starting there own venture are criticised and humiliated to give up on their idea of starting a venture.

In India, women as an individual are asked to look after the there family first and other members. Man plays his secondary role in it. In the case of married women, they are so much devoted towards her family as unfortunately, she has to give up over his business. Support and approval from husband to continue the work after the marriage even plays an important role. Most of the husband go influenced under the family pressure and ask women to discontinue there work.

Most of the women in India are still not provided education and are illiterate. Illiteracy is the major plays a major role in generating revenue or the growth of any venture lack of education leads women to less knowledge about technology, less awareness, even causes low achievement motivation.

Male exaggeration is still a major problem in Indian society as women are looked down upon by men. Constitutional laws talk about equality in sexes but women suffer from male reservations, as well as treated accordingly by male dominants. This way women are not her equal rights as men act as a barrier for entry fo women in business.

Women believe in protected life in India as they are less educated, less economical, dependent. All these things don't let women take a risk over anything. Some more problems include inadequate facilities, social activities, low need for achievements hold women to initiate in entering the business.

Women entrepreneur main focus should be on :

6) handling the economic uncertainty of business