Phones - The Way Of Life 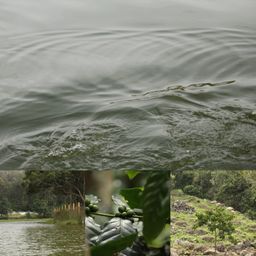 Hello everybody. Hope you are enjoying a great weekend. I'll try not to beat around the bush but since it is an article and I have to elaborate a lot I can't promise it. So let's begin.

Bridges were built to make two roads meet. Phones were invented to talk to people who far away and bridge the gap of communication. Both bridges and phones have helped a lot in the development of living and communication.

But what if their faults create chaos.

In the same way, phones have their own faults. Phones were invented to make people's lives easy in terms of communication. But as phones evolved, they created more and more faults within themselves in terms of their apps and features which have created chaos in people's lives.

Yes, phones have made people's lives easier in terms of not only communication but also have become a major part of their livelihood. Major activities related to work happen through phones.

But the problem is with the features of the apps. Have you used the feature of auto type on your keyboard? Of course you have. Even I have written half of this article using this feature. This feature has created more chaos because the words we use and the words it has feeded in itself are poles apart.

It is not about the apps we are using. It is about whether they are being used in the right way or not. We have become so dependant on these apps that we are trusting these apps more than people. It is good that there is a feature which is helping us in doing the work faster than before but we are even more ignorant that we do not even recheck as to what we have written.

Words once said cannot be taken back but words once written can be checked and can avoid confusion and an unexpected chaos or a fight.

Communication is all about saying the right thing and even better if it is the one which is checked and thought about before saying.