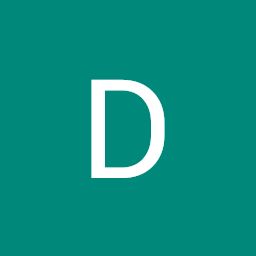 We all are familiar with the stories where a ‘superhero’ saves his girl from the villain, showing his masculinity, depicting that he could do anything. Our dads going out in order to earn a living and our moms being at home looking after her kids and doing all the household chores. Our dads driving and moms sitting next to him, dad being the “head” of the family.

These are a few basic examples from our daily lives. This is what we call patriarchy- a system in which the male member is the head of the family and dissent is reckoned through the male line.

The roots of patriarchy are traced in the early human times, where death rate was high and therefore women were supposed to reproduce, eliminating her time to perform various other activities. This made men to have an upper hand over women as they were more engaged in outside activities. Their sources of power were their weapons, items of trade, and knowledge gained from contact with other social circles. Also amidst the war like environment prevalent at that time, women were left with no option but to seek economic and social support with the assurance of being protected. This led to the gates of the Brahminical norms where the roles of gender were laid causing social constructionism. Hence, women became the second class citizens, subject to male domination. And, since then, patriarchy has been prevalent in the society.

Because of this deep rooted tree of patriarchy, women are suffering from the earliest times. Being born a woman has been difficult as they were never really exposed to the outside world, struggling for an opportunity to prove themselves; this struggle have really paved a long path from being heard in the household to have a luxury of being educated.

This path hadn’t been at all easy. It took a lot to reach to the mark where we are at at this period of time. But we still have a long way to go. Thanks to the revolutionaries and reformers who had no misgivings regarding the potential of women and the firm belief they had in the women of our society that they could change the world for better.

Even in today’s time, where technological development is at par, men had gone to mars and there’s nothing that can’t be done with a click of a button; women are still struggling to have equity established with peace. Women are present in myriad fields of our society, exploited, underestimated and underpaid compared to their potentials. Equality between the genders is still a to-be-considered ideal situation.

Though with time, gradual shift have occurred in the condition of women as the human race is more aware of the predicaments of the contemporary society. But we still have a protracted journey to cover. Though at our level we can try our best to create a healthy environment by encouraging them to take out some personal hours (apart from the chores and family time) from the day so as to work towards their personal growth and relish their time, by creating an environment in which they feel safe and secure at any hour of the day and needn’t carry pepper sprays with them everywhere (for this to be accomplished, spreading awareness in the society about rape culture, molestation, child marriages, dowry and other social constraints also how to improve upon them is imperative) and to have proper working conditions for them where reward is given according to the work performed and not the gender bias.

“ What’s the greatest lesson a woman should learn?

That since day one she’s already had everything she needs within herself. It is the world that convinced her she did not.”