Arms In The Clock 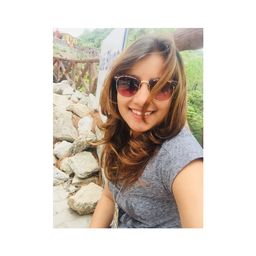 Albert Einstein once quoted that “Time is an illusion”. A man works according to his hours and later whatever he does is in his false belief that it is his way of utilising time. Time comes and goes there are no delays in the rally of time and human. The time always wins. It is that one universal truth that many people have tried contradicting but have successfully failed.

You are the hands of the clock who just go with flow of time and cannot stop until the batteries die. Cherish whatever you have for that while because it may not come back forever.

We all know we only have twenty four hours in a day, but are we really aware of it to actually consider the importance that it won’t come back. Time is like a dead man, there’s no scope of life again. We should learn the regularity, continuity and commitment from the time. It runs continuously without any disturbance.There is no one who can obstruct time; maybe the almighty can if he is somewhere present. Time can only be used; one can never buy or sell it.Each and every moment brings lots of golden opportunities to us, we just need to understand the indication of time and use it. We should use our time in doing some useful works so that time may bless us, not destroy. Time is very powerful; one can kneel down in front of it but never defeat it. One can be richest in a minute and one can be poor in a moment. Only one moment is enough to create a difference between life and death. We are not able to measure its potential because sometime only one moment is enough to win whereas sometime it takes whole life to win.

Gautum Buddha quoted that’ the trouble is that you think you have enough time.

Time is like a running river which goes constantly ahead but it never runs back. It always runs only in forward direction and not in backward direction. Everything in this world depends on time, nothing happens before time. Everything requires some time to get done. If we have not time, we have nothing. Loss of time is considered as the worst thing on this earth because wasting time, wastes us and our future.

Time is a game changer as well as a game maker. Move according to it and you will be the king of the your world otherwise you will always sustain as a pauper.Give yourself a lesson time before you sleep, you will realise the amount of time you have used to make your life productive. We all know that time we have is like sand in hand, it will slip out and so we will miss upon many things which we wanted to do. We need to adjust our ambitions and dreams according to thus limitation we have. We treat any kind of loss with great empathy but we don’t realise the loss of time in our life isn’t going to come back.

Time is what we want the most but we use it worst. I don’t have time is the lamest excuse for nit managing time. Time is the controller but it is on us how are we being controlled.

Richest person in the world can buy everything but time.

It is a simple fact to not to be scared of time and using it with full sincerity. So it’s not that we don’t have time, we just either waste a great deal of it or loss the opportunity to use it.