Wounds Are The Best Motivation For Success. 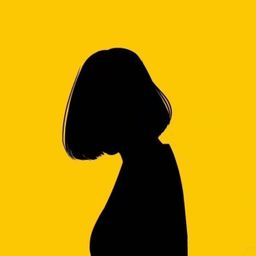 Have you ever witnessed failure in any of your endeavours?

Failure doesn’t always mean getting a nadir result out of something; you can also equate it with not getting something which you expected out of life. It can be a feeling of being left behind with the world stamping over the pedestal. It can be an adverse feeling of a groaning heart, tormented and punctured with the grief of failed relationships.

How does it feel?

For a moment it feels as if its the end of the world. End of your dreams!

Somewhere deep inside we understand that its just an ephemeral. Our well-wishers say the same thing. That the wound shall be fine after some time but still there’s a tussle going on deep within. After all who likes failing? Who likes to be thrown away on the road from the castle of his dreams?

The heaviest emotion which becomes nauseating is facing yourself!

How can I fail?

Its really bitter. I’ve never tasted it in my entire life. How can I digest the vision of settling with anything less and my colleagues in better positions.

Its a state where even the tears can’t soothe the puny state. It feels helpless , where I wish just one thing to be out of this hard knocked dream. But alas its reality!

I pondered that sitting this way won’t make sense in any way.

But then what? I do not see any door out there for escaping from this gloominess.

The best solution is not running from this sombre dungeon but lightening this up.

I look at life as a constellation, with stars dissipated all around. Sketch lines between them and you’ll get your vision.

If any star is away from the group, it doesn’t mean that the vision of your constellation has become penurious in any way because we know that each and every star makes sense in the constellation. It won’t if you drop that out!

Ergo, though it feels hapless being encircled by failure but in future when you shall look back, you may be able to connect all the dots. Even if it seems just impossible now but the future shall make it happen.

Secondly, its important to understand that everything which is happening has a reason. Every scene is equally important for the movie. You won’t be able to relish the sweetness of life until and unless you have gone through the bitter phase. Failing in an event is not failing in life.

Hence, I always believe that,

I may open many wrong doors before reaching the right one; but mind it I’m just collecting experiences for my success speech!