Impact Of Internet On Kids 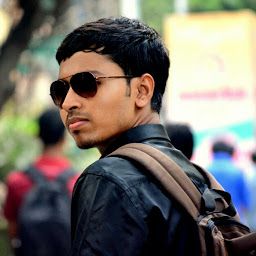 Can you imagine a day in your life without the internet? Does the thought make you panic? This technology has spread like an epidemic, and almost all age groups have fallen its prey. The toddlers are its victims too. Moreover, it’s the kids who are more glued to the internet nowadays. The plethora of options that few clicks provide over the internet is really fascinating, and the younger age group is vulnerable enough to misuse it. Thus making the right, responsible use is of extreme importance as it is potent to shape their career.

One of the greatest boons that the internet offers to kids is the exposure to an infinitely wide spectrum of useful information to acquire knowledge. The nurturing of young brains in the tender ages often enhances their intellect and thereby provides them a bright future. The internet has answers to all innocent queries of an inquisitive child. In fact, it can support children to prepare their assignments and school projects with minimum effort. It actually has made learning fun. It facilitates online learning to all on a wide range of topics. Enthusiastic children can inculcate advanced knowledge on topics they are interested in to stay an edge ahead. Internet is no doubt one of the best and most utilized gifts for kids of the 21st century when it gained much more prominence. Apart from academics, the internet provides children with entertainment and recreation for their idle times. Due to uncontrolled and unplanned urbanization in a country like India, playgrounds and free spaces have been occupied with high skyscrapers, leaving very little opportunity for kids to participate in outdoor games. It’s the internet facilitated gadgets which let them overcome their boredom during leisure. From eBooks to online cartoon shows, games to movies, everything has free yet restricted access for them. With the emergence of strong internet service providers into the telecommunication market, it made the internet even cheaper and easily available. The Internet help kids to develop new hobbies. Be it learning a musical instrument to a dance form, be it learning a language to grasping the art of cooking, the internet has an instant option for all. It’s just the zeal and desire to learn and grow that needs to be present in one.

Blessing and curse are just like the two opposite sides of the same coin. It holds true here as well. The availability of the internet is all throughout the day, and the service made cheaper, lack of self-control in children makes the internet a demon most of the time. Internet is known to be highly addictive if kids fail to restrict the usage time and highly destructive if the content they are surfing is not appropriate for their age. Online gaming by kids has grabbed eyeballs, and its demerits have made into headlines very often over these recent years. Gaming is highly addictive. Addiction to using the internet for long hours can severely hamper academics of individuals. To choose entertainment on the internet over outdoor activities have serious health impacts too. It leads to poor eyesight and an unhealthy lifestyle. Nobody can deny the health benefits of playing outdoors. It keeps the hormones in control and brings instability of the mind, which contributes to higher memory retaining capacity. The concentrating ability steeply reduces over time, and it might also have a psychological impact on children. Indulgence to social media networking from a very young age makes them engrossed and accustomed to the virtual world to such an extent that they fail to realize the stark contrast it has with reality and eventually they cannot adjust and deal with it.

Thus, use of the internet by kids under the proper supervision of parents with restriction over the time and content they are glued to undoubtedly is a good influence and thus a boon while the opposite also holds true.

How To Raise Kids In The Age Of Smartphones, Tv And Internet.