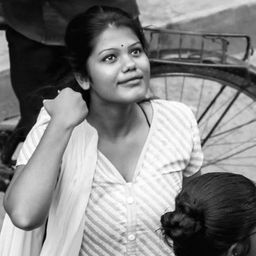 We all have come across more often through the word feminism. We are surrounded by feminists all around us, who never fail to pop this topic up, seeking radically for a women’s right and justice for her liberation. Most of the times, this is seen to be used at inappropriate places for which the true essence and purpose of feminism is losing its charisma. So, in order to preserve the original idea and motive behind the movement, we will have to understand about the beginning of the movement. Feminism and the women who call themselves feminists should be aware of what the movement actually is and must profess the same through their deeds.

This is an age-old concept being worked out by several females who knew how the women tribe was harassed and suppressed under the men domination. There has always been this misogynistic attitude towards women and they had to endure every criticism and accusations since the ancient time. The age-old belief of men being the superior power and S'he' is nothing without 'he' was so prevalent that men started seeing women as nothing but sexual temptress, who had no other job but entice them with their naturally gifted beauty and assets.

Women being subject to constant exploitation at several fields and levels was dehumanising and demoralising to a very large extent. This led Wilhelmina Drucker of Netherlands start a fight for the right of women. It was supported through many political and feminist organizations which she herself had founded. And thus, here started the movement of feminism.

This is a very broad perspective with huge intention. This is the fight fought by women since age-old who could break the norms and could feel within themselves, women are not just beautiful, innocent, virgin creatures created to please men, and maintain household, but they are someone who succumb impeccable energy within themselves to do everything, a man can do.

“The hands that rock the cradle can also rule the world!”

It doesn’t mean to objectify or criticise the male domain rather has a very solved and simple motive. The whole idea and basis of this movement is to have Gender Equality. Equality in social, political,general and intellectual fields. The point about feminism arouses when there occurs an act that questions why are the women tribe treated the way they are! There are quotes and philosophies praising women and saying them strong. But, why at the first place itself, you have made them look pity and the women who combat the stereotype has been made great. Men do the same thing too, why are they not praised or looked upon as an extraordinary being!

It basically cannot be because women has uterus and vagina that keeps and delivers baby. Because men are equally blessed with other things that can be compared with these. We, our people, our society has got up with things and situations where women are ill-treated and then when a human being of that tribe comes up from it is philosophised about.

Hence, feminism is a movement against every such activity, may it be rape or molestation, every reproductive and domestic violence one faces, sexual harassment or violence, or we might sum up everything into women suffrage. This was a women suffrage movement, because you let them suffer! But, confusing the term with femine or females is a mistake for this era! The truth is feminism is for all! And ladies need to stop proclaiming themselves feminists if they do not understand the reason and the motive of this whole movement.