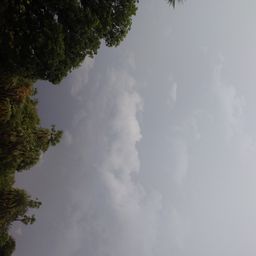 Feminism is a situation where the rights of men and women must be favored equally. Men and women should possess equal rights and opportunities. In the 21st century, feminism has been one of the major concerns of women. Some of them, not even being aware of its actual meaning, claim themselves a feminist. It is believed that if one believes in gender equality, one is a feminist too.

Feminism is nothing but a radical idea that women of the time must not face any sort of dominance or the exertion of overwhelming guiding influence upon them. It is a process of the alleviation of the male dominant society and the formation of a society of equality, unlike the traditional society that constituted patriarchy infected individuals.

The idea of feminism, however, failed in producing any worthy repercussions. Till a certain period of time, people were well aware of its pertinence, however, it is a matter of concern the way it is being misused by the women of the generation. Various movements introduced in the support of women including #Metoo campaign are now being taken advantage of.

I am not against the idea of feminism, it is just that the misuse of anything against an innocent person, is not worth it. This misuse has been unearthed following certain campaigns in support of women. There are times when innocents are alleged of committing molestation or rape as a consequence of the existing feminism. This is a major issue, considering the reputation of a person, requisite, which undergoes deterioration in seconds.

Not only reputation but also the impact an individual's career, and the penalties imposed on him is something he does not deserve. Following the adverse effects on the reputation and career of the person, the psychological state too undergoes an automatic degradation which takes considerable time to reinstate, unfortunately.

Unfair advantage of feminism has now enhanced a bit more. Although, we have not been able to attain a non-patriarchal and biased society considering gender equality as a requisite, yet the so-called feminists have taken it in a rather wrong way.

Definitely, feminism is a requisite to the promotion of women's rights and opportunities as an individual being. However, making unfair use of any authority will only lead to a more biased and unjustified scenario.