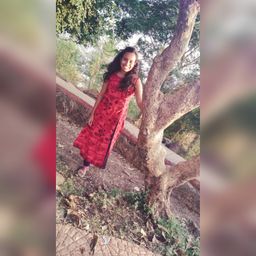 The craze for organic food has been on the rise all over the world, as more and more people realize the harmful effects of eating foods sprayed with pesticides and insecticides. Organic food is way better for health. So mostly everyone is familiar with the health benefits of eating chemical-free and fresh produce, but recently a study has said that eating organic food may even help you lower the risk of cancer. To have a healthy lifestyle, one should prefer to have organic food.

In contrast, the type of agriculture following by most farmers, which does include the use of synthetic pesticides and fertilizers, is termed “conventional” agriculture. Surveys by consumers indicate that the public is concerned about the safety of the products that they purchase in stores due to possible pesticide contamination. The media has also highlighted some environmental concerns that exist with "conventional" farming.

Organic food is food produced by methods that comply with the standards of organic farming. Standards vary worldwide, but organic farming in general features practices that strive to cycle resources, promote ecological balance and conserve biodiversity. Organizations regulating organic products may restrict the use of certain fertilizers and pesticides in farming. Many peoplehasthought that organic food has lack of taste, and it is not really that good to taste.

So here is a solution for this, “organic food recipes”. There are many organic food recipes which have really good and tasty organic food such as chicken chickpea stew, ground chicken tacos, baked chicken with pepper and mushrooms, organic kale salad with lemon, organic cucumber salad, homemade organic chocolate pudding, organic Mac and cheese. Organic food, healthy food with a better taste is all time best option. Anyone would love the food which is also good for health. Especially the people who are suffering from various health problems should prefer such food to have a better life. Because the organic food industry is relatively small and new, it is important that consumers become aware of its claims, limitations, and potential benefits. To protect the consumer, organic certification programs were created to develop a label for organic food in many parts of the world.

So, Go with organic things and live a healthy life…!