How Will Be The Life Without Technology? 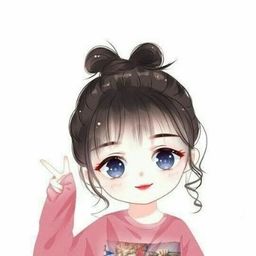 In the 21st century, almost everyone uses technology in one way or the other. We have become so dependent on technology that now we cannot imagine our life without it. From a simple fan to a big refrigerator, technology has become an integral part of life that we can’t separate it from us. Ever imagine how would our life look like without technology? Will we able to survive?

Surely we will be able to survive as people in olden days used to do. But we have become so much dependent on technology that it will be way more difficult to survive than olden days. Some of the native population who live without technology till now would surely able to live. They would find their happiness in culture, arts, painting, etc. But the people like us who are intricately entwined with technology will likely to remain alive but that would not be called living our life. There will be no comfort anymore. With the increase in technology more jobs were created, many lives are saved with the increase in medical science techniques, travelling becomes easier and communication is the most important aspect that makes our life easier. More education among people was spread. Digital media make us more aware of our surroundings.

But technology has certain bad aspects as well. We have become so dependent on technology that we can’t do work by ourselves. For example, even for going to a small distance we can’t walk, we require vehicles. This is causing our bodies to be unfit and causing health issues.

The studies have proved that there are 55% of high school students spent almost 9 hours on social media and only 1 hour to read and learn on an average. Many people think that they can do various tasks together using technology but this kind of multitasking causes stress, depression and other brain-related disorders. People are losing their interest in talking to each other and getting engrossed in their cell phones or laptops.

So in the end, we can conclude that technology can be good as well as bad. It depends on us how we use it. I am not saying that we shouldn’t be using technology, but there has to be limit in using it and people should be very well aware of it. Technology should be given importance only where it is really required otherwise we will become slaves of the technology.