Cobots: The Talk Of The Town 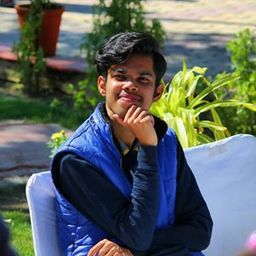 Cobots are the latest generation of robotic systems and are intended to work alongside humans. This is in contrast with other robots, designed to operate autonomously or with limited guidance, which is what most industrial robots were up until the decade of the 2010s. Cobots can have many roles — from autonomous robots capable of working together with humans in an office environment that can ask users for help to industrial robots having their protective guards removed. Collaborative industrial robots are highly complex machines that are able to work hand in hand with human beings.

Cobots are designed to share a workspace with humans, making automation easier than ever before for businesses of all sizes. All of these benefits have made cobots a game-changer for a wide variety ofapplications.

No programming expertise is needed to set up and operate cobots quickly. With intuitive, 3D visualization you simply move the robot arm to desired waypoints or touch the arrow keys on the easy-to-use touchscreen tablet.

Cobots have revolutionized the machinery set-up by reducing deployment time from weeks to hours. The average set-up time reported is only half a day. The experience for an untrained operator to unpack the robot, mount it, and program the first simple task is typically less than an hour.

Don’t be limited by traditional robots that can only do one thing. Cobots are lightweight, space-saving and easy to re-deploy to multiple applications without changing your production layout. Moving them to a new process is fast and easy, giving you the agility to automate even small batch runs and frequent line change-overs.

Give dirty, dangerous, and dull jobs to cobots to reduce repetitive strain and accidental injuries to humans. They can sense obstacles and adjust their speed or reverse to avoid crashing into humans or other obstacles.

The Hype is Real : Cobots on their Missions

Ford factory workers and cobots are teaming up on its assembly lines in Germany to install shock absorbers on cars. Cobots bring shelves of merchandise to Amazon associates to prepare for shipment. Bajaj Auto in India is using them for machine tending. Cobots are efficiently used for packaging by Orkla Foods. BjGears have gone one step ahead, using cobots for gluing, dispensing and welding.

We can only expect interest in cobots to continue as the new reality of humans working alongside robotic colleagues becomes the standard for better performance.