I Am Healing, Be Patient With Me! 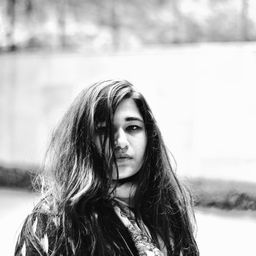 “Psychological abuse is.. the sustained, repetitive, inappropriate behavior which damages or substantially reduces the creative and developmental potential of crucially important mental faculties and mental processes of a child, including intelligence, memory, recognition, perception, attention, imagination, and moral development.”-―Kieran O'Hagan

One of my friend had traumatic childhood, no she was not beaten up her parents and obviously not sexually harassed. I always questioned myself, why my friend is always anxious around her parents, why she can’t ask them for her basic needs and why she’s not the happy human, in front of them that she is around me and our other friends.

I met her when we were around 10 years old and now we are here 21, things though changed between us because of distance, but her nature in front of her parents remains the same till date.

Last year, when we met and now as we are adults, we accept each other as we are she shared almost every detail she remembers about her childhood and I realized why she is always anxious around her parents and may be traumatic childhood caused her to develop social anxiety.

“I didn't feel as though I was in control of my life… I was constantly being told by adults that I had to do things I didn't want to do."

There are various ways parents knowingly or unknowingly, emotionally abuse their children and it shows in their development and in case of my friend; it can be seen how she is afraid of her parents even when she knows she is right, she at times tries to seek attention, she has low self-esteeem also is pessimistic. As far as I have known her, she has always been insecure about her relationships, per se.

The ways in which her parents contributed to this is by always comparing her to other children in their family, never appreciating the little efforts she did, they also once asked her to not be friends with anyone and obviously me, that time we were best friends, she was always under scrutiny and was ignored by her parents as she has a younger brother who gets the attention.

My friend is in good college and is doing somehow better than before, how she did that?, she adopted few of these emotions and values in her life which helped her in ways;

She started with Yoga, which helped her in gaining focus and seeing the bigger picture.

She started painting and it helped her to channelize her negative thoughts into something creative and positive.

When we create something, we can also have the option of sharing our art with the world – whether it’s a beautiful painting or not that good one, harnessing our pain into creativity is really good for our inner development.

She also seeked help from counsellor at her college.
That’s what she did and it helped her, now she’s in a beautiful relationship and is doing well, in both social and personal life.

I also want to add that how sharing whatever one feels is helpful in the process ofhealing, it’s contrary to popular opinions where people believe sharing emotions will make one powerless and will portray them as helpless but it’s not true. One should share, it will give us the power where we are aware of our feelings and thoughts,I highly recommend finding a validating mental health professional who can give you the support needed.

If you are the one who also had a traumatic childhood, be compassionate towards yourself.

You’ll heal and be the best version of you, give yourself time. I believe thatthere is no time limit for learning and healing, we can only transform our adversity into victory, one small step at a time.

From - Someone who believes that one can be okay if one wants to be, and works for that.