The Battle Of The Sexes 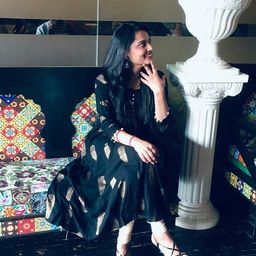 Yesterday while I was rifling through my folder containing movies, I found the movie titled “Battle of the sexes”. I didn’t know at first how it got into my folder, but then being the Collector Taneleer Tivan, I have this habit of collecting movies having no idea what their genre is, if they belong to the kind I like or not. But I’m glad that I had this amazing piece in my folder.

Battle of the sexes is a slick movie that exhibits a tennis match that was more like a sociological standoff between Billie Jean King and Bobby Riggs. Emma Stone and Steve Carell have brought alive their respective phenomenal counterparts and that is superficially amazing. The movie is the fictional showdown of the 1973 tennis match between Billie Jean King and Bobby Riggs. The story showing how the tennis courts of America became a gender battlefield. A vibrating deadlock between the champions, the movie is emotionally intriguing, intensely satisfying and thought-provoking.

The movie was phenomenal but the central idea that it contained is of Gender Inequality. "Gender Inequality is a human right, but our world faces a persistent gap in access to opportunities and decision-making power for women and men." These are very strong words that need to be understood and followed. Gender issues should not be focused on women alone but rather on the relationship between men and women.

Many campaigns have been organized by various organizations for the advancement of equality among genders. “He for she” is one such campaign initiated by United Nations for the growth and development of gender equality. The event organized for starting the HeForShe campaign on 20 September 2014 at the Headquarters of the United NationsinNew York was hosted by UN Women Goodwill Ambassador Emma Watson. “No country in the world can yet say they have achieved gender equality”, said Watson. This message given by her was circulated extensively through social platforms.

The main misconception about the gender inequality issue is thinking that the prime and only solution is women empowerment which is not entirely wrong but when it comes to resolving big issues like these, one-sided efforts are not that effective. Men and women, both need to come together and discuss the problems and unfolding the layers of obsolete mentality and stereotypes that hinder a woman in shaping her dreams of desires.

WE CANNOT CHANGE WHAT WE ARE NOT AWARE OF, AND ONCE WE ARE AWARE WE CANNOT HELP BUT CHANGE.

The Ridiculousness Of Gender Discrimination