New To Rock Music ? Here's A Playlist For You. 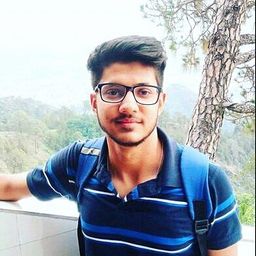 Music has been a really important part of my life since I was born. Well actually, even before I was born. My mom used to listen to Indian classical music when I was in her womb and that, according to her, was one of the most important things in her pregnancy routine. I've had different phases of the kind of music I listened to. From catchy bollywood songs to old classics, from hardcore rap to hip-hop, and from hard rock to heavy metal, the kind of music I've liked has always been diverse. Every genre of music has something different and new to offer. But then there is rock, a genre that is so diverse in itself that it has something for everyone. You just can't resist the raspy voice of rock band vocalists, the rich guitar solos, the heart thumping drumming and the electrifying bass. Rock takes you to a whole new world. Even writing about it makes me hyped.

A lot of people have that phase in their life where they discover their new found interest in rock but they don't know where to start. So here is a list of 10 amazing rock songs to get you started...

Stairway To Heaven (by Led Zeppelin) : An example of the 70s Progressive Rock, 'Stairway to Heaven' is often referred to as one of the greatest rock songs of all time. With meaningful lyrics and a music that feels out of the world, this song should definitely be on your rock playlist.

Comfortably Numb (Pink Floyd) : Psychedelic music had been previously used by a lot of bands, but Pink Floyd made it popular. 'Comfortably Numb' is a well known song and is often considered as Pink Floyd's greatest. The vocals and the lyrics are on point. The keyboard riffs feel out of the world. And then the two guitar solos, they just sort of pull you inside a beautiful trace.

Bohemian Rhapsody (Queen) : Someone says 'unforgettable bands' and 'Queen' is the first word to come in the mind, and that is for all the right reasons. Freddie Mercury is inarguably the greatest vocalist of all time. The control he had over his voice resulted in vocals that were irreresistible. 'Bohemian Rhapsody' was Queen's tribute to rock. Something for everyone.... Consisting of numerous different parts, Bohemian Rhapsody set a landmark in the music industry by not following the usual trend used in songs. Mama Mia Mama Mia!

Back In Black (ACDC) : No matter what anyone says about the monotonous nature of ACDC, but this band surely gave the world some really killer and iconic riffs. 'Back in Black' is truly a killer song. And it's pure rock that you can bang your head to. It's extremely fun to listen to and equally fun to play. The intro riff, though consisting of only three chords, is inarguably one of the greatest riffs of all time.

Smoke On The Water (Deep Purple) : The vocals, the music, the lyrics, everything is just perfect in this song, The fact that this song is based on a true incident witnessed by the band makes it's story even more exciting. Just go and listen to it.

Sweet Child O Mine (Guns N' Roses) : This song's classic intro riff is instantly recognizable and is easily one of the most melodic guitar riffs of all time. This whole song, in one word, is perfect. In three words, it is beautiful and perfect.

Smells Like Teen Spirit (Nirvana) : Kurt Cobain inspired thousands of young teenagers to learn guitar. 'Smells like teen spirit' is an exemplary piece of 90s grunge rock. Don't try to find the meaning behind the weird lyrics of this song, just enjoy it.

Boulevard Of Broken Dreams (Green Day) : Just writing about this song fills me up with nostalgia. One of the greatest rock songs of this century, 'Boulevard of broken dreams' really deserves to be in your rock playlist.

Nothing Else Matters (Metallica) : 'Nothing else matters' is not a typical Metallica song, but its inraguably one of their best. The lyrics and music of this song were written by James Hetfield when we was talking to his girlfriend over phone, and when drummer Lars Ulrich heard this piece, he immediately convinced the band members to do a recording of it. This song is a true masterpiece.

To Be With You (Mr. Big) : Mr. Big, in my opinion, is a really really underrated band. Anyone who has listened to this beautiful song of theirs will agree with me. 'To be with you' is one of the most iconic rock love songs of all time. And it has one of the most beautiful acousitc guitar solos.

So this was the list of some rock songs to get you started. I hope you enjoy listening to them as much as I do. Cheers! Have a great time! And yes...Keep Rocking!

Why Kurt Cobain Was The Last Real Rockstar.

Avicii Has Changed My Life!