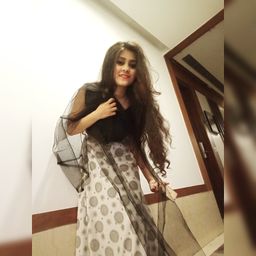 Scientifically speaking, when our heart stops, all the life processes in our body switches off because the blood doesn’t get transferred to the body, which makes the essential organs, including the brain, go inert. This is when a human body becomes lifeless.

But what happens to the soul? Many of us still are perplexed and often debate on the topic whether soul actually exists. For all those baffled people, science has already proven the existence of soul in human body through an experiment called The 21 Gram Experiment.

The experiment was performed in 1907 by Duncan McDougall, a physician from Haverhill, Massachusetts. McDougall measured the relative weight after the death of a person and found that the body did lose 21.3 grams of weight after it died. This, was the proof that a body does lose weight when the soul moves out of the body.

But what happens to the soul after death? Is there an after life? May be. May be not. We cannot be affirmative on this. But the tales of the people who have revived back to life state something in relation to after life, for sure.

After much digging into the stories of lucky people who managed to revived back into life, I've found the fact that the after death experience isn’t harsh for most of the ones. It is the most relaxing feeling which one can never be experienced during one's lifetime.

Quoting Dr.Sam Parnia, who has brought many patients back to life, “ For those of us who die naturally, even if we were in pain before we died, the process of death becomes very comfortable, it is very blissful, peaceful. “

So, the basic question that arises here, is how does it feel after we die. Here are some experiences of people who have revived back to life state of death.

Few saw a splendid gate which might be a gate to heaven or hell. The gate might be the welcoming gate. Some even saw God like figure welcoming them inside.

Most of the people who have revived, have seen an extremely bright and warm light, somewhat welcoming them. Story of a person narrated by his daughter reads that while he was dying, he kept on complaining to switch off the lights. On contrary, there was no light in the room.

People see their loved ones who already have died, welcoming them happily to the unknown heavenly place. It is like reuniting with relatives after ages.

Many people claim that during separation of their soul from body, for a few, the time ceased. While for the others, time speeded up like never before.

Most of the people remembered them recalling each and everything that they’ve experienced in their life time. They could recall their sins of which they regretted a lot and became happy recalling happy moments. Their life played infront of them like a movie.

There were a chain of feelings that they came across after they went to the great beyond. No, there were no earthly emotion and harsh feelings. Peace is the perfect earthly word to describe the feeling of heaven. However, when they recalled their life experiences, they did feel love for doing good deeds and pain for doing bad ones.

There were a number of other experiences as well, like being in a dusty garden or being sent in front of a judge verdicting about his life, being sent in a space of peace or cloudy ladders taking them to a beautiful place. But one thing was constant that nobody wanted to come back to life from that space.

Now, another question crops up that what happens to the soul after it goes back to the heavenly place? The answer is unknown but anyway, different religious beliefs tell us few common points to be pondered upon:

• They live with their loved ones ever after.

• They live and serve the Almighty.

• They wait for resurrection.

However, obviously, nobody can claim what actually after life is about. These were the experiences which thousands of people experienced while they were dead for a few minutes. There can hardly be such a big coincidence that every resurrected person felt almost same as the other. However, it totally depends on you to believe it or not. After all, one day each one of us will go through the experience ourself.