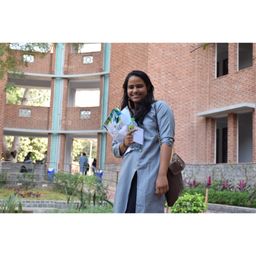 The difference in time lapse between women now flying jet compared to those who used to get married forcefully at a very young age and had no freedom to dream,shows us that with evolving time the conditions of women have changed.

There are many aspects of seeing this change.When we talk about it,then the very two images mentioned above comes into our mind and so we conclude that the time and conditions for and of women have improved a lot.

Now,with the efforts and as a result of awareness and education,more girls are going to school and colleges.Many of the educated as well as uneducated women are taking up job to run their errands.

We have seen women raising voice against the wrong,participating in protests,putting forward their opinions and fighting for their rights bravely.We have seen taking them decisions independently about whom they love,to whom and when they want to get married and what they want to wear and where they want to go.Thats all what we feel is independence and need of women and when they have achieved this then definitely we can perhaps say that the path of changing faces of women is highly in positive direction.

But unfortunately this is only the half truth.The above mentioned rights and privileges are limited to only some sections of the women living in metropolitan cities.And that's sadly,a very low stats or percentage.

The women in India are still struggling to live the way they want.The patriarchy still dominates over them since they take birth.They are not safe in their homes ,so we can assume what the situations outside home may be.Everyone knows and discusses about the hot burning topics like rapes,women security but this only remains limited to the debates and discussions.None comes up with a solution to make this society a better and safe place for women to live in.What all they do is to restrict their house ladies from going out,from not allowing dresses they want to wear and make them do things forcefully thats against their wish . Interestingly,this is done to show how much they care for the ladies but instead they are more interested for their so called"respect" as according to the Indian society norms,the respect of whole family is holded by and lies in the vagina and body of females in their house.I when sometimes think about this ,then find dominating patriarchy quiet unable to give a logical answer.

Today still ,women are objectified in advertisements , stereotyped in item songs featured to just get publicity and earn good money.And the audience , which is part of our this patriarchal society shows great interest into it, instead of asking to ban it.They enjoy it.

Women are discriminated on the basis of gender at workplace and and even in 21st century many women in our country do not have right to dream.Their fate is decided by some head of their family that themselves have no future and capacity to build their one better but still they are the best masterminds of their girl's best future according to patriarchal norms.

How can I say that the conditions of women have improved if they are still discriminated, objectified,stereotyped,dominated by the society they live in.Though I feel that things have changed from earlier times and have improved ,but I do not accept the fact that we,society and the govt. are doing something great to help them.I always see some great women personality becoming what she is by undergoing a very difficult and exhausting struggle.Things for them are still not easy as they seem to be.We can't sit and see the things happening and wait for some miracle to happen.Its only us who can change the society and the way it thinks and functions.Feminism is totally incomplete without involvement of men contributing into it whole heartedly.

In the last,I would just end by saying that the changing face of Indian women is not as it appears to be,it's still far from reality but things have improved a little due to awareness and education.We need to widen the area of reach of education and that can only contribute majorly in changing faces of Indian women.