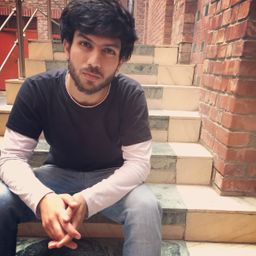 Michael Jordan was born on February 17, 1963 in Brooklyn New York. He was a basketball and baseball player and is now retired. He is widely considered as the greatest basketball player of all time. His nicknames are MJ, His Airness.

Michael attended the University of North Carolina at Chapel Hill (UNC). He majored in cultural geography. He played basketball there for three years before going on to the NBA. He would later return and complete his degree. At UNC, Michael Jordan made the winning shot to beat Georgetown in the 1982 NCAA Championship game. This would be the start of many game winning shots for Michael. He was awarded the Naismith Award for the best college player in 1984.

Michael entered the league in the 1984 draft and was taken 3rd overall by the Chicago Bulls. In the beginning the team was not very good but Jordan was always good. With time, players like Scottie Pippen, Dennis Rodman joined and gradually the Bulls became the best team in the NBA under the coaching of Phil Jackson.

The Bulls went onto win 6 championships and Jordan is undefeated, 6-0 in tyhe NBA finals, something that is unheard of in modern sports.

What made Jordan the best ever was the fact that he is a 6 time NBA Champion, % time League MVP and was a regular in the All Star and All NBA teams along with the All Defense teams. This is where Jordan has the edge over LeBron, Jordan was great both offensively and defensively and had high impact on both sides while LeBron has an impact too but many believe not like Jordan. LeBron supporters give the arguement that LeBron is a more willing passer and not selfish like Jordan. This debate will never die, both are great, we do not need to compare.

Michael Jordan quit basketball for a time to try out baseball. He played minor league baseball for the Chicago White Sox. His performance was mediocre and he never made it to the majors. He later decided to return to basketball.

Today, Michael Jordan is part owner and manager of the NBA's Charlotte Hornets. He is actively involved in charity work and continues to endorse products.He has his own sneaker line in patnership with Nike and his shoes, JoRdan, are considered the best sneakers in the world by sneaker heads.