Key To Evolution - Internet Of Things 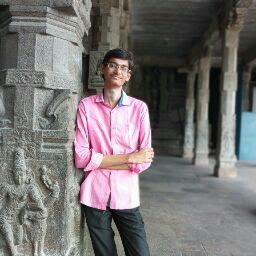 The Internet of Things (IOT) is a system of interrelated computing devices, mechanical and digital machines, objects, animals or people that are provided withunique identifiers and the ability to transfer data over a network without requiring human-to-human or human-to-computer interaction. A thing, in the Internet of Things, can be a person with a heart monitor implant, a farm animal with a biochip transponder, an automobile that has built-in sensors to alert the driver when tire pressure is low -- or any other natural or man-made object that can be assigned an IP addressand provided with the ability to transfer data over a network.

A Lot of people tend to think that the Internet of Things will endanger their jobs or will reduce the requirement of skilled workers, but in fact, it’s the other way around. Even after lOT implementation, enterprises will need skilled workers who can analyze data and take suitable actions for the betterment of a business.The Internet of Things is more of a companion for employees and workers, which makes their job easier and effectual. IOT isn't here to challenge human skills: rather it is here to push them forward to achieve higher organizational goals. Chances are, IOT may or may not be suitable for your enterprise, depending on your organization’s maturity and the products/services that you offer. Our IOT consulting will help you know if your enterprise needs IOT.

Cost is the deciding factor on whether or not IOT will be implemented in an organization. Businesses have tried to get an exact amount that connecting all the surrounding devices would cost. but more often than not, they have failed to figure out the associated cost.Some of the costs that would sum up while undertaking IOT installation includes expenses associated with upgrading infrastructure getting IOT-ready devices, the upfront cost of installation, hidden costs. etc. If you already have IOT-friendly devices in your organization, you have a leg up. But if not, you would have to update from a legacy system to an advanced system. depending on the features you want to implement.

IOT security is an attempt to safeguard IOT network and connected devices. For any organization, safeguarding their business information is really critical. Unstructured data can be used to get information but ill-informed data will lead to irrelevant actions. which can harm the enterprise in several ways. Let's take an example - temperature of a machine rises higher than the peak heating level. This can be a sign to stop using that machine for a longer time. But if the security of data is compromised and data doesn’t reflect the higher temperature. it can lead to serious problems for the manufacturing plant.When every device that you use is connected to a common network, security of all the devices becomes a foremost concern. Compromising security of a single device can cause a threat to the entire connected system. To make sure that the data collected is relevant, enterprises need to make sure that their IOT provider considers security as their topmost priority.

The Internet of Things (IOT) has the capability to transform the world we live in; more-efficient industries, connected cars, and smarter cities are all components of the IOT equation. However, the application of technology like IOT in fields could make this world a better place to live in.

The global population is set to touch9.6 billion by 2050. So, to meet the basic needs ofthe growingpopulation, the world must embrace IOT in order to eradicate the human errors and make the people depend on technology.