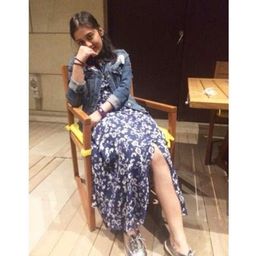 Feminism or feminist has one of the most controversial word through the history what does it and interpretation of this word has varied alot in according to time and according to different situations. Feminism what google describes or the real definition was equality of all gender not limited to 2 genders. Yes equality not higher or lower equal. Well due the point at which psychological understanding ends which is PERCEPTION this word has been interpreting it into differentand numerous meaning. But mostly we would be talking of male and female which are in buzz for the topic we are discussing.

Well in this growing pop culture this word has derived different sorts of attention mostly misinterpretation. Well due to the part “fem” which resembles “feminine” most people has derived that whole concept of feminism is about women should be oppressing men .Though women have been suppressed for millions of years and has been treated as inferior race so yes they need equality . Feminism is not about women being an upper race than men its means every race to be equal with no discrimination and no prejudice.

But here also comes the problem not only men have misinterpreted the word but al the groups mentioned above have who are feminist or consider themselves one also have misinterpreted the word and have been seeking undue advantage of it. Well typically this confusion has been present there in especially in India for a very long time. Mostly broadly if we see then there are three broad characters in India with their notion of feminism one are those who are against feminism second are those who know the true meaning of feminism and the third are the radical feminist or feminazi.

Radical feminism is a perspective within feminism that calls for a radical reordering of society in which male supremacy is eliminated in all social and economic contexts. Radical feminists view

society as fundamentally a patriarchy in which men dominate and oppress women. Radical feminists tend to be skeptical of political action within the current system and instead tend to focus on culturechange that undermines patriarchy and associated hierarchical structures. These feminists present and ugly view of feminism in the society though their stand is correct but due to extremacy in their action the definition of liberal feminism is not able to come in front.

Due to lack of awareness or the view of different people on feminism tend to create confusion among people about the issue. This lead to protest against a topic which is not clear to the masses and half of them have no clue on their stand. This often lead to pointless and mind grabbing debate on a subjective point of view. We cannot change peoples point of view.Against equality but at least can provide them about the correct definition of feminism rather than indulging into pointless debates with them in order to change their point of view.

As we say empty vessels makes alot of sound so to people who make a big deal out of feminism and mostly do not know what is it all aboutthey tend to rant about it in front of less aware people it creates a wrong impression of it. People perceive it in the other way which it is not supposed to be so on a individual level we can stop those sort of people from spreading it out.

One very interesting this has been build these day that people say that they are EQUALIST not feminist which saying they believe in equality of all gender which is feminism. So it is ver weird to see people want equality but not feminism. Right?! Instead of fighting we need to tell people to stop rant about rubbish and start looking up to internet about feminism.