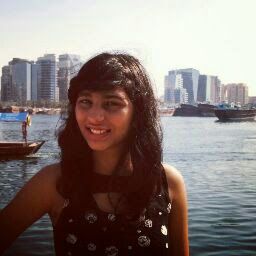 With the growing economy of India, many new fields are emerging as well. Data science being one of them. This is a time wherein a huge amount of data is easily accessible and business organisations are not missing such a crucial advantage over it’s competitors. A new approach to tackle this abundance of data is data science. Data Science is basically a multi-disciplinary field in which scientific techniques, systems, processes, algorithms are used to extract information and knowledge from various kinds of datas it is similar to data mining and big data.

Data Science is a young discipline, established until recently in the early 21st century. Almost every field like transport, security, prediction, health care, telecommunication, business, agriculture, education etc. Peter Naur used Data Science as a substitute for computer science in 1960. He introduced the term “datalogy” afterwards. He frequently used the term data science as a survey of the contemporary data processing methods in 1947, when he published “Concise Survey of Computer Methods.” The term Data science was used for the first time in Kobe in a biennel conference, introduced by Chikio Hayashi. Data science was introduced as an independent discipline in 2001 and by 2012 a Harvard Business Review article called it “the sexiest job in 21st century.” In recent times it is known as one of the most established and well-known international fields.

Making a career in Data Science has no specific ways or formats, People from different backgrounds with different coding language can pursue the same. Data science is used in majority of disciplines and so it comes from various majors like psychology, mathematics, computer science, chemistry, economics and even non-STEM majors like English, history, education etc. therefore, selecting a major would be one of the initial steps in data science training. The next step would be to select the perfect course. It is easy to gain degrees but in order to actually succeed in this field a person needs to obtain the required skill set in statistics and programming and that can only be earned from a well-renowned class which focuses on the development and practical learning of a student in the area instead of mugging the content only for exams. Researching with a professor would be one of the most important opportunity and help in major growth and development. In a crowd of thousands getting recognised by the professors will only be possible of one shows keen interest in the field. Interact with professors, don’t be scared to share your ideas, get good grades and show the faculty your passion and hard-work.

Data Science Training is not only about learning about a subject within four walls or discussing it with your professor, a goal is achieved when u implement the knowledge learnt from classroom into projects which interest you. The projects can be from writing a blog to building your own app to doing exploratory data analysis on your own, whatever builds your interest. This project might not be your only one, You will come across several failures but that does not mean you need to give up instead work on as many projects as you can. One cannot complete data science training without receiving a bachelor’s degree. Good grades, recommendation from professors should be the basic goals in a training programme to get into the best graduate schools for undergraduates.

To conclude, Data Science is a field which was established recently and includes having knowledge about mathematics, computational science and statistics. Technologies gain a competitive advantage through data science and to become successful in this field it is necessary to follow all the required steps of data science training.

Data Science Is The Future?