What Is So Special About Game Of Thrones? 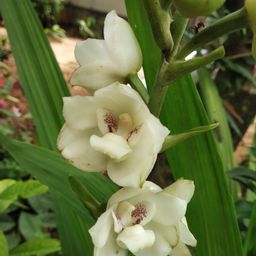 Game of Thrones(GoT) is a television series of HBO. It was a great success among the viewers. The series was a part of annual "best of" list published by the Washington Post, Time and The Hollywood Reporter. It has got numerous awards for the best script and best TV series. The series is based on a fantasy story by George R. R Martin. It runs in over 170 countries and was the most downloaded series.

What causes its popularity? To a certain degree, the author Martin was a well-known writer and hence gives popularity to the story. His intelligent writing was of course one among the reason for the success of series. Also after the popularity of series, the book was sold out into billions.

Also the series has other qualities which make them more popular. They will take the viewers to world of fantasy, history etc. The characters in the story has human qualities. Each character has some moral lessons or motivation to give to the viewers. It presents us before a fictitious world. The places are totally imaginative and does not resemble any real life places. Viewers may develop their own imagination and they will create their own a new world for the people. The background music played will also increase our interest into it.

Hidden stories or twists are a major factor in the series. Even though we guess for a person as hero in the beginning, later on we will change our mindset regarding the decision. We become so curious to know then who is the real hero and what is next going on. GoT creates a mystery which makes them famous among the people.

It is seen that women are becoming more addictive to GoT. The reason is that the series present its women characters as empowered and free. It is analogous to the concept of women only as housewife. Thus a feeling of equality will take them more into the series.

GoT unlike other series introduced some man made languages. Also GoT was subjected to many countless funny memes in social media. This make them to reach more and more people. It is hard to choose one best character from GoT, because everyone get a chance to be a hero. Also the production values added to their popularity.

So GoT is becoming more and more popular. But still there are many who crtitices it for its exposure to nudeness, sexual contents etc. But besides these aspects people love the show because they like to be in a fantasy world. It is understood that GoT is safe in the hearts of fans and viewers.