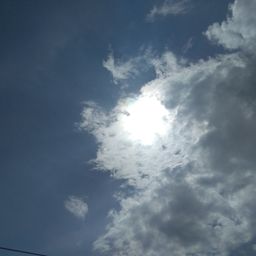 The sudden cloud of dried up leaves and dust on Riya’s face broke her swoonless sleep. She woke up with a sneeze and heard an ugly woman with a broom in her hand saying, “Wake up and move! The whole footpath is clean except this part. Get up and let me do my work.” Riya tried to get up in a hurry and felt her head hurting badly. She somehow managed to get up and moved to the other side of the rags, their only belongings as the woman carelessly shoved the plastic sheet that she was sleeping on, aside. She rubbed her head where it hurt the most and visions from last night came back to her all at once. Visits from the drunken men from the club nearby had increased. Every day one or two of them would drop by and try to touch Riya in the most inappropriate places and her mother would fight with bamboo poles to protect her from them. Last night, it had gone a bit too far when a man had wanted to take her away and had grabbed her by her hair. Her mother had to take out their only weapon, a rusted saw that she had found in a garbage dump nearby. Only then could the man be driven away. After that, when her mother was done calming her down, she had said that they should probably change places and from then on sleep with soot and oil smeared on their faces and bodies.

The bamboo structure was too high to climb and it scared Bunty. But he knew that he had to do it anyway and started climbing up, trembling. The bucket of paint, hanging from the rope tied to his waist was wobbling too. He was almost there at the tenth floor balcony when his right foot slipped and half of the paint from the bucket got spilled on his trousers. He wished his maalik did not see the accident but that did not happen. The short-tempered man shouted at the top of his voice from below and the 12 year old orphan knew that he wouldn’t be getting today’s meal either. With a broken heart and an empty stomach, Bunty came back to their tent by the side of the highway only to find it broken by the heavy shower that had taken place a few hours back while he was at work. All their belongings were ruined including the only jar of biscuits, his two year old twin sisters had cracked their voices, crying and Bunty wanted to run far, far away… maybe to where Ma and Baba had gone away.

One could say that Rani was once very beautiful. After being thrown out by her in-laws for not being able to conceive any children and not finding shelter in her father’s home either, she would be found mostly in the areas around the railway station. Initially she would be seen sitting on the platforms begging but later on she had stopped begging and instead used to sit and talk to herself. Sometimes one would catch her weeping or howling but then a minute later she would resume talking to herself.One night she was found dead on the railway platform, the one where she used to sit. Investigations revealed that she was raped by a gang of men around 1 am, the night before. She had ultimately not been able to make it through after the inhuman torture.

The sound of the flute was too faint but very soothing to the ears. Old Pankaj was too good with the instrument but now his lungs did not permit him to perform as well as he used to earlier. The money he received by playing was decreasing in amounts with each passing day. However there was one young woman who used to pass him by every single day and drop a coin or two with a smile on her face until one day she decided to talk to him. Pankaj had a good long conversation with her as she asked him about how he had ended up there on the streets. That day she went away after listening to his story of how he was duped by his brothers and had lost all that he had had. However, she came back the next day and took him to a home for destitutes where many others like him resided in a way far better than how he had been living for eleven long years. Under the care of several social workers, Pankaj’s last days had seen sunshine.

No I have not met Riya, Bunty, Rani or Pankaj personally but yes I have seen them in a thousand faces everyday as I walk through the streets of my city. Eyes crying in pain, thefts out of misery, rants for alms- all these have shaped up the image of any random Indian street. As per statistics,out of 1.3 billion people in India, 78 million are homeless, each one with their own tragic story. The entirety of and the endlessness to this tragedy has only brought me to the conclusion that we the privileged ones in our own cocoon of worldly problems, have a lot to be thankful for indeed.