A Train Journey From Kolkata To Shanktiniketan 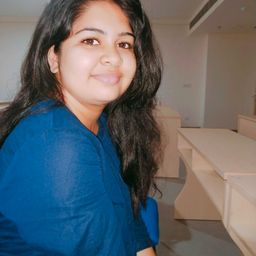 The scheduled time for the train to leave for the destination was 3:25 p.m., so we decided that we'd reach the station around an hour earlier and wait for it to avoid last minute delays wnd such. After a long time, a year or two in fact, of not having had the chance to go on a trip, the family decided that we'd do a quick one to Shantiniketan, and back, over the course of the weekend. Friends amd family, travelling as one, it had been quite some time since a trip had this many of us packed together. Having boarded the train, as the seconds and minutes hand of the station clock ticked away, we saw many different kinds of people from different walks of life, hailing from different places and going to different ones too. All boarded the train, got to their reserved seats and made themselves comfortable as they waited for the train to leave the platform.

Sure enough, at the allotted time, the train departed all according to the schedule and then it was time to enjoy the 3 hour long journey however best we could. We saw vendors come in selling their wares to whomever would buy from them and shuffle their way to the mext compartment. Baul singers followed, singing folk songs, moving from compartment to compartment earning what they could. But out of all these visitors and passers-by, one cannot really think of a train journey in an indian rail coach without tea and coffee sellers serving occasional cups of the beverages along with some jhalmoori for those looking for a quick snack. As one by one we kept passing the stations, there were a few that evoked strange feelings of nostalgia and memories as those were somehow linked to a person with whom we have memories, some of whom are no longer here.

Throughout the rather normal journey which proceeded without much incident, there was one case, though, of the train having come to a grinding halt, not having been able to promptly acquire permission to proceed past a signal at that moment, perhaps there was some blockage or some obstruction in the path. In some time though, the train started moving along and before we knew it, we were at full speed again. Give another half hour or so, and we were just about ready to pull into the destination platform. Havinf reached, we heaved a sigh of relief and not it would be time to alight from the train and make the most out of our time at the famous place.

A Train Journey That Opened My Eyes

Avail Best Training In Php, Machine Learning And Other Courses From Webtek Labs