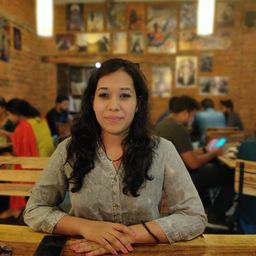 “In every walk in with nature, one receives far more than he seeks” is said by John Muir. This is true in the case of trekking in Matheran where you can get a fantabulous view of valleys, forests, lakes, and hills.

Matheran is a serene hill station located in Maharastra near Neral town of Karjat District of Maharastra. It is located 800 meters above sea level because of which it has cool and refreshing weather. It is a perfect destination for trekkers, young couples as well as families and can be a good retreat from the hectic city life.

My trek to Matheran is an unforgettable experience. It was filled with amazing memories and adventures.As a member of the Greater Hyderabad Trekking Club (GHAC), I went to Matheran with eleven other club members. We started at Kachiguda Railway station (Hyderabad) and reached Karjat Railway Station.

After contacting a local guide, we started the trek from Ambewadi village to Matheran. It was a tough climb up the hill in the hot sun but it was worth it. We covered beautiful landscapes on our climb and also drank clean water flowing from the waterfalls. It was a wonderful experience!

We started at noon and reached Matheran only in the evening. While we were struggling to climb the rocks, it was a smooth climb for our local guide as he was a frequent climber and trekker. Other localites even persons in their old age were easily maneuvering through the rocks. For trekkers, this is a lovely option as the trek gives you a good adrenaline rush.

How to get there?

But in case, you are not one of those hungry hikers, you can take a cab or taxi from Neral Railway Station to reach Matheran.

The vehicles are not allowed entry into the city and they have to make a halt at Dasturi junction outside of Matheran and from there it is a 20-25 min walk to reach Matheran.

If you take the bus, it will stop 2.5 km away from the hill station and after that one needs to either trek or opt for horse riding or the rickshaw. Even porters are available to carry your luggage while you horse ride or trek.

The other option to get to Matheran is to take a toy train from Neral. This will be a fun-filled experience where one will catch a great view of the forests and hills.

Once you get into Matheran, there are many points to cover. Some of the popular destinations in Matheran are the Panorama Point, Alexander Point, Louisa Point, Echo Point, Charlotte Lake, One tree hill and King George Point. We took two whole days to cover all these points.

Although all the points offer a fantastic view, my favorite part of the trek was covering Charlotte Lake, Echo point and the Paranoma point. Early morning walk by the Charlotte Lake and dam was really soothing and rejuvenating. The water was crystal clear and the dam again offered a beautiful view of the valleys one can never forget.

Echo point is another superb point where you actually see the clouds meeting the soil. It was as if we were walking through a cloud and as the name of the place rightly suggests, echo point gives you echoes.

The Panorama point is what we covered last to get a view during sunrise and from there we could see the Sahyadri hills. Watching the hills during sunrise was magical.

The market is another popular destination there and is famous for chikkis, honey, and Kolhapuri Chappals. It has other items like chocolates and toys. The Maggi joint was my favorite there as there were different types of Maggi available like cheese Maggi or egg Maggi.

The best time to visit Matheran is either from May to March or from October to February.

Matheran is lush with forests and is host to many birds and other animals. It is a splendid place untouched by pollution as no vehicles are allowed.Matheran should be one of the places one must see during his/her lifetime. It is one hell of a hill station!

What A Training Camp Had Taught Me? On Day 1 Of 4