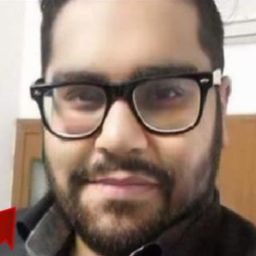 Blazing issues of CAA and NRC

Recently, Citizenship (Amendment) Act was passed by the Indian Parliament and it was enacted into law on 12 December, 2019. But this led the country into a wave of protests against it as it laid down the criteria for who could be granted citizenship of the country. This protest has spread to almost every corner of the country but the reasons for the same vary with the geography.  Protests have erupted not only against the passing of this act but also against the creation of National Register of Citizens (NRC). On Tuesday, the Union Government also approved National Population Register (NPR) on 24th December, 2019. It is a register of usual residents of the country. It is being prepared at the local, sub- district, district, state and national level under provisions of Citizenship Act, 1955 and the Citizenship (Registration of citizens and issue of National Identity Cards) Rules, 2003. The objective behind maintaining NPR is to create a comprehensive identity database of every usual resident in the country.

According to the CAA, Hindu, Christian, Buddhist, Jain, Sikh and Parsi migrants who have illegally entered India i.e. without visa on or before December 31, 2014 from the Muslim- majority countries of Pakistan, Afghanistan and Bangladesh and also they have stayed in the country for five years are eligible for applying  Indian citizenship.

Now a question arises that whether this provision opens only to those who have been persecuted in the three countries?

No, CAA does not mention the term ‘persecution’ anywhere and since ‘persecution’ is not only the criteria, it does discriminate against illegal Muslim immigrants from these countries.

As soon as the Citizenship Amendment Bill was passed in both houses of Parliament and given Presidential assent making it a law, loud murmurs started about another move- a National Register of Citizens (NRC). So what is exactly is the NRC?

National Register of Citizens is an official record of those who are legal Indian citizens. NRC includes all the demographic information of those who qualify to be the citizens of India as per the Indian Citizenship Act, 1955. After the 1951 census of India, the register was first prepared and since then it was not updated. Such a database has only been maintained for the state of Assam. However, on November 20, Home Minister of India Amit Shah declared that it would extend to the entire country during a parliamentary session. After the implementation of NRC in Assam, there has been a growing demand for the worldwide implementation. So, it effectively suggests bringing about legislation for those who have been living in India illegally by enabling the government to identify infiltrators, detain  and depot them to the places they have come.

Who is a citizen of India as per Indian Citizenship Act, 1955?

As per the Citizenship Act, 1955, every person born in India:

(b) on or after the 1st day of July 1987, but before the commencement of the Citizenship (Amendment) Act, 2003 and either of whose parents is a citizen of India at the time of his birth;

(c) on or after the commencement of the Citizenship (Amendment) Act, 2003, where-

(i) both of his parents are citizens of India; or

Will the implementation of NRC unconstitutional and against India’s secular ethos discriminatory on religious lines?

Sixty- five writ petitions have been filed in the Supreme Court that challenges legal validity of CAA. Subhash  Kashyap who is a constitutional expert  said that there are arguments both in favor of and against the act. According to Article 14 of the Indian Constitution which states that all persons are entitled to equality but there are plethora of judgments of Supreme Court which pronounce that reasonable classification   can be applied to the principle of equality. According to him. “Anyone can challenge the act in the Apex Court and the future of the act will depend on whether the Supreme Court accepts the classification made within this act as reasonable enough.”

How is NRC related to CAA?

Union home minister Amit Shah has said he will frame a nationwide NRC by 2024 to detect illegal migrants. On December 22, Prime Minister Narendra Modi said his government had never said anything about an NRC except in Assam.

Union Law Minister has said, “NRC hasn’t been finalized yet” and there is no question of joining of CAA with NRC as the draft is yet to be completed.

What Will Happen Next..