Grandparents, Like Heroes, Are As Necessary To A Child’S Growth As Vitamins. 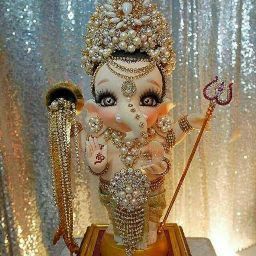 Grandparents are a delightful blend of laughter, caring deeds, wonderful stories and Love. Grandparents are the oldest members of the family. They must be among the most influential & important persons in everyone’s life. They are those people who care for us selflessly and love us endlessly.

Grandparents have magnanimous love for their grandchildren and they pamper them a lot.Children who grow up in the solace of their grandparents naturally have more respect for the elderly people.

The simplest toy, one which even the youngest child can operate, is called a grandparent. ~Sam Levenson

Grandparents also make up for the time that parents fail to provide to their children due to busy schedules and pile of responsibilities and duties. A grandparent’s presence in a child’s life gives him the human sense that he may have lacked otherwise.

This is the time when they are free from other responsibilities and can afford to play with their grandchildren and wheedle them with love.

Grandparents have different functions in child development. Not only do they provide instrumental support such as picking grandchildren from school or feeding them, but they also offer emotional support.

Furthermore, grandparents protect children from being impacted by negative circumstances, such as harsh parenting, poor economic status, and single-parent families. Children and adolescents who have a close relationship with their grandparents tend to have better well-being, experience fewer emotional problems, and demonstrate fewer problematic behaviours.

In today's world most of the parents worry that the grandparents are spoiling their little child. But the grandparent, meaning well, simply has a more lenient view of child-rearing. Conflicts often include disagreements about methods of childrearing or the degree of grandparent involvement in the child's life. Some grandparents lack respect for their own child's role as a parent. In other cases, parents assume that their own parents should be willing to drop everything to take care of their grandchildren.

Most of us have fond memories of spending our childhood days with our grandparents. It is necessary for the grandparents to spend time with their grandchildren because many of them start to feel a sense of purpose and meaning in their life again after their retirement.

But children are becoming modern nowadays, and do not have time to sit and talk with their grandparents. They are busy in mobile phones with their games.

But it is the responsibility of the parents to teach them about the principles of life.

Generation gap must be understood and respected by both the grandchildren and the grandparents.

A child needs a grandparent, anybody’s grandparent, to grow a little more securely into an unfamiliar world.-- Charles and Ann Morse

Cherish The Time Spent With Your Grandparents

Some Time For Them...