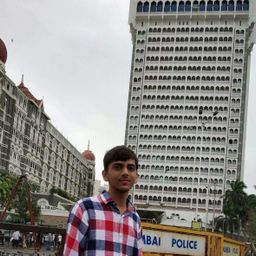 The third-largest city of Germany after Berlin and Hamburg, Munich is no less enticing. Being famous for annual Oktoberfest celebration and its beer halls, for instance, Hofbrauhaus, this metropolis is home to museums and pristine buildings of historical significance. As being known for its richness in culture, here you would experience a wide variety of artful things.

Munich Residenz (a grandiose palace with lots of things to explore), Marienplatz and the Neues Rathaus (a grand central square of the city), Frauenkirche (Cathedral that looks bewitching because of its boasting colours), Asamkirche (Asam Church), Englischer Garten (one of the largest garden of the city and beautiful at the same time), Peterskirche (St. Peter's Church), Nymphenburg Palace (palatial palace that gives picture-perfect view), Deutsches Museum (world's largest museum for technology), etc., are worth to visit here.

If you are tired of visiting enchanting and well-known places then don't be disappointed just make up your mind to visit offbeat and unexplored places in the world and of course, these places are really scintillating and mesmerising loaded with lots of things to do, one of them is magnificent Armenia. Nestled in the southern Caucasus region of Eurasia in western Asia on the Armenian Highlands, Armenia is bordered by Georgia on the north, Azerbaijan on the east, Iran on the south, and Turkey on the west. Despite being a poor country, Armenia has quite rich tourist attractions that must make you astound. It has innumerable historic monuments and the country is fully loaded with rich heritage and culture that's quite overwhelming.

Lake Sevan, one of the largest freshwater lake in the world that offers you a soothing ambience, is one of the wonderful places of the nation. Thereafter visit Khor Virap Monastery, one of the beautiful pristine monasteries of the country as Armenia is being home to a number of splendid monasteries.

A Greco-Roman construction that manifests the rich history of the nation, The Temple of Garni is designated as the UNESCO World Heritage Site and as being situated in the vicinity of the river Azat and mountain Geghama, it just offers you a breathtaking view. Other places that are worth to visit are Noravank Monastery, Etchmiadzin Cathedral, Tatev Monastery, Geghard Monastery and many more. So most visit this country once in your lifetime and have a great memory.

Shanghai, The Pearl Of The Orient