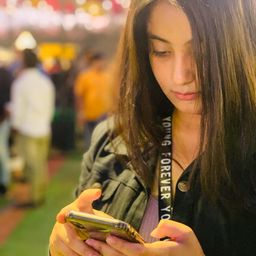 In golden days of rural India it was very common to name a child according to his habits as a toddler, so this one was named Shaitan Singh due to his naughty and playful nature. As he grew up his interest towards the defence forces and natural body built pushed him to join the Jodhpur State Forces which protected the princely state and later when Jodhpur was merged into India, he was transferred to Kumaon regiment.

His dauntlessness and patriotism attracted him to be part of various operations and annexations of the Indian army after he was promoted to become a Major. He was then sent to Indo-China border to the disputed area of Rezang La. A proposal by the army had already been rejected by Nehru and he believed that Chinese troops won't attack and adopted the forward policy according to which numerous small posts facing the Chinese will be setup.

In the early hours of 18 November 1962 Chinese movement was observed by the Indian troops led by Major Shaitan Singh Bhati and by the first light barrage started where the Indian soldiers killed many with light machine guns, rifles, mortars and grenades. A company led by the Major having 123 soldiers was attacked by the Chinese again accompanied by medium machine gun fire, artillery support and 350 Chinese regulars. The battle later on reached to the point of hand to hand combat, where Chinese troopers were heavily injured and killed. Bhati moved from post to post without cover to motivate and encourage his men which left him brutally injured.

Chinese who couldn't capture from front attacked from rear, many soldiers lost their lives but none left the post including Bhati. When his men were taking him, they were fired upon by the Chinese and sensing danger he ordered them to give his weapon in his hand, put him near a boulder and leave! His body was recovered in the same position with the weapon in his hand at the same place days later.

He received Param Vir Chakra, posthumously for his supreme sacrifice. It is said that his soul still protects the Rezang La post (chusul sector), a Promise Kept Forever!

Apologies if you thought this would be a love story, it is actually! Just the characters are a bit different, a war hero and Mother India. Love in its purest, toughest and most courageous form.