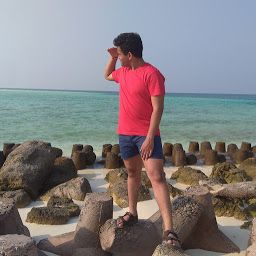 Since the origin of social network, it has been said that it can bring change in the world, people came closer virtually,by sharing ideas, thoughts and issue by sharing brought in public so that everyone can learn and raise concerns.

One such example, is ‘#MeToo’ movement which came out in October 2017, when Actress Alyssa Milano tweeted about sexual harassment by Harvey Weinstein, one of Hollywood’s biggest producers, with #MeToo.

This became the epicentre of all the further #MeToo tweets coming from various women in various fields, tweeting about sexual harassment they had to face by other men. This brought the men under scrutiny by companies and various people which was definitely a win for women.

One of them being Kevin Spacey, a popular Hollywood actor, who accepted that ‘if I have ever done this, I apologize’, after which he was eventually fired from his TV series ‘House of Cards’ by Netflix, and the final season was done without Spacey.

This movement was applauded by women all over the world, and eventually it spread to various countries, and several stories emerged from women. Indian women weren’t left behind, given the fact that number of sexual harassment cases are very high in India, but many women are unable to speak about it, or explain, and this movement gave them a voice.

It started when Tanushree Dutta wrote a tweet about Nana Patekar conduct some 10 years back, while shooting a movie. This tweet gave rise to several tweets coming in later for support and different stories from all over the country.

It was a revolutionary step in Indian History, and will go down as one. But the real question here is: Was all this completely justified? Did women get complete justice?

Maybe Yes, Maybe No. If we look at the whole movement or battle it remained one-sided battle and justice was not completely justified too. People were fired, true, kept aside from work, yes, but never brought into court or behind jails.

Sexual Harassment is a serious crime, just by isolating from that person won’t do much good in long time. Neither the person was questioned before jury of judges in court, where he can be question properly. It became what used to happen ages ago, a person says something and every believes in it.

True, some men accepted their fault, but many never came out, to say they did or not did, nobody went on to ask them, either they were ashamed to come out, or too fearful to say, because everyone looks at you with suspicion whichmakes you terrified. I am not defending wrong men, I am saying that every person has right to speak his part, one persons story is not complete verdict.

In 2018, 2 employees of Noida based company wrote about their manager’s misconduct towards them. Though manager explained that he did no such activity, but nobody listened to him, and eventually he died because he jumped off his house.

Justice is complete only when there’s explanation from both sides and they both are listened and taken into account. Social media was to share ideas, not to give justice. That’s the job of justice department, not yours.

That’s also because we always think that social media is a boon to society, but we never see the wrong side of it, it’s a bane too.

False news, thoughts are so easy to spread these days. What did felt wrong was nobody questioned the accuser, maybe she’s telling truth, maybe false, who knows? It has been enough for women to face them, it’s time to speak but whose truthful, Who can tell? We are not critics or judges of others lives, we can say about ourselves, but can’t decide fate of others.

It’s time to rethink : Was it completely justified?