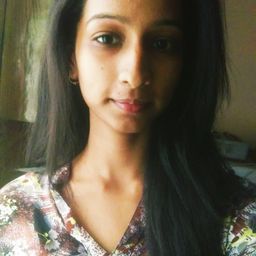 Shimla, the queen of hills and the capital of north indian state Himachal pradesh, situated in the foothills of Himalayas attracts people around the world to explore and embrace it's sublime scenic beauty. Among the many surprises that Shimla holds for us, the narrow gauge Kalka- Shimla train journey is one of the best experience a person could take away with him from the beautiful summer capital of India.

The amazing 96 km journey among the short, long bridges, beautiful hills and 102 amazing and historic tunnel holds a lot of astounding with nerve racking moments as well.

The longest and the straightest tunnel in this track is Barog tunnel, also known as Tunnel No. 33. It tooksthe train approximately 3 minutes to cross the 1144 meters long tunnel and this 3 minutes can change your whole life with its well known tales of ghosts and tragedy.

The tunnel of Barog was made under the rule of british government. Colonel Barog, a British railway engineer was given the charge for the proper construction of the tunnel no. 33. The British government wanted the construction to be done at the earliest possible time and thus gave the Colonel a deadline to finish the construction. Afraid of the strict deadline Colonel Barog decided to dig the mountain from both the ends visualising that they will meet at the centre of the mountain and will form a single tunnel. In this way he will be able to make the tunnel before the deadline provided. Colonel performed all the calculations and the divided the crew into two halves and started digging the tunnel from the opposite ends.

The workes started their works as per the vision of Colonel that they will meet at the middle of the mountain and a single straight tunnel will be made. The workers kept boring the tunnel for days as instructed by the Colonel, days passed and both the tunnel crossed the centre of the mountain but they never met. The Colonel realised that somehow his calculations were wrong and that's why the two tunnels didn't meet at center. This thing made the worker very disappointed as all their hard work came of no use and they became hopeless and in rage. The British government charged Rs 1 fine to the colonel for causing great loss of government's property. The poor Colonel was not able to pay this fine which left him humiliated in front of all. The behaviour of the people toward the colonel made him more depressed and dishonored. Out of loneliness, depression and humiliation, one day on the walk with his dog the Colonel shot himself and committed suicide. The dog barked and ran to nearby village to gather some people as he saw his master bleed to death but it was too late for the people as the Colonel had already taken his last breath.

The grave of Colonel Barog was made near the same tunnel, tunnel no. 33 and the hill station was named after him in his honour.

Since the death of colonel Barog rumours have spread that the ghost of colonel has been seen in the nearby villages talking to the people and about the mysterious activities inside the tunnel's damp, wet and scary walls.

The incident forced the government to open the tunnel and the ghost of Barog was seen once again. As the ghost of barog has never harmed the people no actions were taken and the passage was made open to all.

So go fast and add on meeting a ghost in your bucket list and next time you visit shimla make sure to travel through Kalka- Shimla railway track and tick it off your list. While you are on tunnel no. 33 just cross your fingers and hope that you meet Colonel barog on your way , share a laugh with him and create a great history for yourself and a scary bedtime story for your kids and grandkids!!!!!