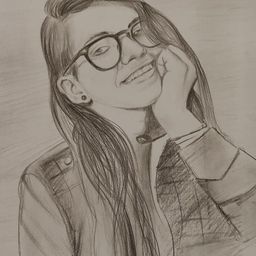 Punjabis play a wide variety of sports and games, ranging from modern games such as hockeyand cricket to the traditional ones consisting of kabbadi , Kushtian (wrestling) and Khuddo khoondi (similar to hockey). There are over 100 traditional games and sports ofpunjab played and practised in punjab.

To promote traditional games of Punjab, the state government has been working since 2014 to promote the Punjab Rural Games.

The traditional games that at gate to extinction include :

Played mostly by boys. Where a wooden or a clay yo yo is pulled with a rope and each one competes it's yo-yo with that of another kid .

Marble games. Marbles are hit against each other the one which gets out first loses and he has to handover it's marbles to winning kid.

This game is for both boys and girls. It is generally played by two teams and involves drawing as many vertical lines as possible.

This is a game played both by the girls and boys. This game is played with in small boundary (court) made out of chalk , drawn on the ground and a piece of stone.

The Punjab Chess Association governs the game at a professional level.

This is also played by both boys and girls and continues to this day. Two teams can also play this. One has to hide, the other has to seek but before doing so a call is given.[15]

This game is popular even today amongst children and is also called Kokla Chapaki. Both boys and girls play it. Children sit in a circle and the child who has the cloth in his hand goes around the circle-singing: it is a kind of a warning for the children sitting in a circle not to look back. The cloth is then dropped at the back of a child. If it is discovered before the child who had placed it there had completed the round, the child who discovered the cloth would run after him and try to touch him with it till he sits in the place vacated by the one who had discovered the cloth.

Flying kites is especially popular in festivals such asBasantandLohri. Kite flying on Lohri is popular in some parts of Punjab. People get onto the roof tops and fly kites of various sizes and colours.

Mobile phones are taking place of these games that were 100 times more better for that of children who are playing mobile phone games . So these games need to be protected so that the future generations get to know what their culture was .

The Great Punjabi Cuisine The- Pride Of India In Other Countries