Colours Of Yoga And Its Beauty 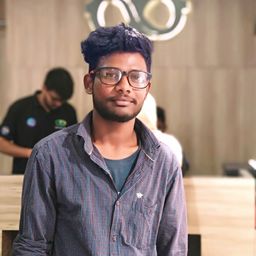 Yoga is an ancient art of maintaining the hygienic conditions and improved fitness in the body with peaceful mental and physical health of human, performing some asanas(poses), meditation and Surya namaskars, etc.

The word "yoga" is derived from the root word "Yuj" meaning "to join" or "to yoke." It means to instill hygienic conditions and fitness to your body. It is not a religious practice; it can be practiced by every religion such as Hindus, Buddhas, Jains, Sikhs, etc.

The practice of yoga fetches many useful results to human. It makes the body robust and improved fitness in the body, flexibility. Improves immunity power of the body safeguarding from many dangerous diseases. Also can be seen improved Hormonal system, blood circulation, respiratory system and weight loss, gastric problem, and many other health issues etc...can be cured, which even cannot be cured by medical treatments.

Yoga dates back to Indus valley civilization (3300-1900BCE) and pre-Vedic eastern states of India, the Vedic period(1500-500BCE) and the Sramana movement. It was not only a practice started by an ancient human, but the actual practice also existed from the time of God and Goddesses period showing the proof "The word Yoga was first alluded in the oldest sacred texts the Rig Veda. Many great munis and rishis had and practiced it as meditation, one of the best kind of yoga that gives a feeling of peace and rest to mind and body.

Benefits of yoga in daily life include

It is same as that of Thadasan but involves bending backwards looking straight at back without bending legs(keep legs straight) as shown in the image.

Yoga can be practiced either in morning hours or at evening hours. The practice of yoga daily about one hour is enough to have a healthy body which can safeguard you from many diseases. It remains your hospital expenditure, decreases consumption of medicines which may affect the body if you take too. But mostly you all people neglect it.

In ancient times, at the period when there were no medicines, yoga practice served as a better medicine irrespective of any disease.