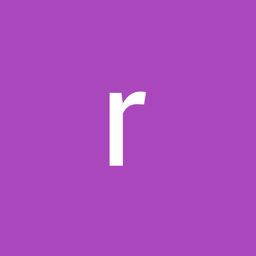 Hashtags! Hashtags everywhere. And besides that the useless Facebook translations and conversions. We're hacked by the social world of Knowledge thereby acquiring profound companionship. We are heading towards the supreme with our ultimate conscience dodging the youth who we perceive as distinctive to us. Attempting to surpass the competition and conquer the inferior. Not that we're little too immature or too knowledgeable but we are driven by the norms of the society for it is a never-ending battle. Loathsome little beings and degraded their minds. But not everything is to be subjugated easily. We're struck off commendably by this rivalry eventually thrown aback by our very cordials. Well beyond the ordinary and advanced audience these peeps seek to defeat their minds and facilitates the creation of even bigger gambling minds. Aren't these "BUTTERFLIES "flying way too much. They need to land immediately. The ones flying socially isn't as competent to the one flying intellectually around. Our spoused connections are even more provoked to undertake the flight. That is because we can't just drink our tea and be off. We're set to influence those innocent minds who before even realizing the pros and cons get hungry to defeat and outshine. Aren't we supposed to direct them in a different direction? Or is it like we're being excessively productive of our doings perhaps by benefitting none. Indeed we evolve but fail to emerge as one useful being which in turn makes us deviate from the paths which are adopted by the majority. Just aiming at outshining others we land deviously on our goals ignoring what has been tremendously faithful to us and facilitated us to grow and develop.
At the same moment, we complicate our very existence by exercising our personal thoughts and dumping down moral ethics. It is when our wings need to be cut off immediately reminding us of our worthiness and rectifying our major flaws. We've now circulated enough to be brought back to walk straight, essentially to not invite any more disasters to take place.
The puzzled socialistic world never loses its faith in us rather it has to be us limiting our lively thoughts to be relying on it anymore and emerging as one potential human being.

BE A BUTTERFLY, FLY INTO SOCIAL AS WELL AS INTO INTELLECTUAL WORLD.