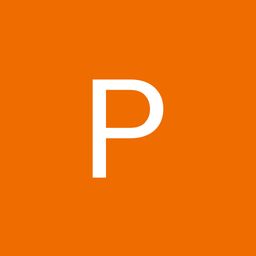 Feminism a very obsolete word , we have been hearing from a long time , but have we actually ever tried to understand the real meaning of feminism ???

I would like to ask you all what's the main objective of feminism - it's just giving equal rights to all the women out here .... but are we really doing it by using this word...

Every person have their different perspectives, so according to me using this word 'feminism' we are focusing more on the differences rather than simlarities.

So,if using the word 'equilism' instead of 'feminism' we will focus on similarities . And I think and hope that all the beautiful ladies out there want equality instead of some extra privilage over men .

But its also true that there are some women who are trying to take privilage over this term and behaving ridiculously over some useless things which are not even connected to women empowerment.

I have seen girls speaking crap in the name of feminism and asking for the freedom which is not even needed. Like the girls going topless on the streets ...... I mean seriously was that really required ???, Is this the type of freedom you guys want , walking topless on streets and if yes and if this is what the definition you have in your mind for the feminism then plzzzz change it otherwise there are most of the girls who would totally be against it.

To me feminism is the freedom to do rights things, to make us feel good by doing good things , a sense of responsibility to make our family happy by sharing their ups and downs . The teenage girls now are going to get a job sooner or after ,to me perfoming their best with all your capability , having a sense of responsibilty towards starting a new family giving the kids the best upbringing , nourishing with all the love and care , making your daughter strong enough is what feminism means to me💛💛

So, I would request to all the girls out there , we dont owe respect from anyone and also we dont have to pay respect or being suppressed by any group or society , all we have to do is earn the respect and freedom we want .💓💓💓💓💓💌💌💌