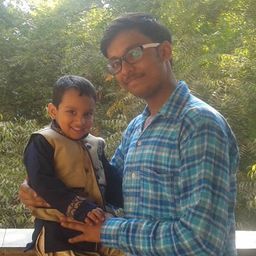 “Disaster is a natural part of my evolution toward tragedy and dissolution.”

Since we all may or may not have heard about the trending web series named "Chernobyl" featured by HBO. Well, it indeed is clear to those who have watched it that why there was a nuclear disaster at Chernobyl in the first place? The answer was pretty simple - human negligence to proper knowledge. So, for those who don't know it yet, why the disaster took place? The series was pretty awesome and highlighted almost everything which was the cause or related to the tragedy. Before discussing this, why don't we take into account, the causes of this? So, what happened after the explosion. Well, the most obvious and most dangerous answer is the spreading of nuclear radiation. The term is very simple caused the death of thousands of people. The nuclear radiation made Chernobyl, a ghost town till date and is assumed to be in similar condition over a period of about 500 years or maybe more. Even the clothing which was used by the workers even is tainted by radiation far worse than normal radiation which our body can sustain.

The disaster took place on the night of 26 April 1986 at the No.4nuclear reactorin theChernobyl Nuclear Power Plant, near the city ofPripyatin the north of theUSSR. As per the latest reveals, the disaster took place during a safety test which was to be performed way before then the reactor installation at the plant, but since it was the fault of people who did not perform their tasks properly, the test was performed after the installation. The test was a simulation of an electrical power outage to aid the development of a safety procedure for maintaining cooling water circulation until the back-up generators could provide power. This operating gap was about one minute and had been identified as a potential safety problem that could cause the nuclear reactor coreto overheat. The nuclear reactor used was an RBMK reactor which is known to work properly and are known not to explode. Since this was common knowledge that an RBMK reactor can't explode, there was insurance of the fact that even under a failure, the plant and the people living in Pripyat will remain safe. Three such tests had been conducted since 1982 but had failed to provide a solution. On this fourth attempt, the test was delayed by 10 hours, so the operating shift that had been prepared was not present. The test supervisor then failed to follow procedure, creating unstable operating conditions that, combined with inherent RBMK reactor design flaws and the intentional disabling of severalnuclear reactor safety systems, resulted in an uncontrollednuclear chain reaction. But, due to a fault in the system of the safety measure of the nuclear reactor, the reactor, being in common knowledge that it would not explode, exploded, creating a mass amount of death, a huge amount of nuclear radiation to spread in the area and which finally, resulted in a healthy space to live become a Ghost Town.

The happenings at Chernobyl were amusing at first for the people living there who were seeing such a disaster but not knowing what everlasting effects it will leave on their lives. The people who were the most exposed to the radiation were the firefighters, the workers at Chernobyl Power Plant, the people living near the plant and the people who helped in overcoming this disaster. Most of these people either died or have faced pains which are worse than death. A large number of them became the host for a disease named cancer. Even being exposed to such radiation, a heavy number of these people survived the disaster and lived to tell the tale

The Chernobyl disaster is considered the worst nuclear power plant accident in history, both in terms of cost and casualties.The struggle to safeguard against hazards immediately after the accident, together with later decontamination efforts of the surroundings, ultimately involved more than 500,000liquidatorsand cost an estimated 18billion Soviet Rubles—roughly US$68billion in 2019, adjusted for inflation.The accident prompted safety upgrades on all remaining Soviet-designed RBMK reactors, of which 10 continue to be operational as of 2019.

Nuclear War: A Power Of Self Destruction

Kriti A
Kriti A
77 views