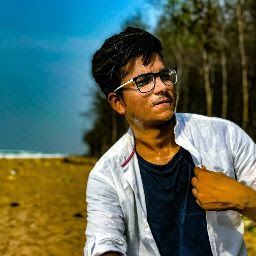 It's not an Olympic sport.

It's not even our National sport.

But still, it attracts almost 100 crore population's enthusiasm when a match of cricket is played.

We all know how much Indians love, worship and value the sport of cricket. We all have heard the famous statement- " Cricket is our religion and Sachin is our God". Almost every Indian kid would have had his ambition to be a Cricketer at some point in his life. This sport literally has the capability to make people friends forever just because of their mutual love towards the game.

The impact of this game is so much so that both renowned Indian CEO's Sundar Pichai, Satya Nadella, and many other Indian celebrities wanted to be cricketers in their childhood.

We all made many friends while playing cricket and we still have them in our lives. For some, if not the classmates the cricket mates are the closest friends and I have to say, these are the best.

This game gives us fitness,happiness, relations and above all, pride.

As a kid born in 1999, I had the chance to witness the Golden Era of Indian cricket team consisting of

I would not say that India dominated the world but saw the best performances what the world considered a miracle during this time period.

Winning after a follow-on against Australia in 2001

Things which surprise us even today

Going down this memory lane gives goosebumps, and recreates the wonderful nostalgic memories.

We belong to an era where we saw all these legends coming, conquering, and leaving it all behind them silently.

The memories these legends had given will stay forever in our hearts.

Ms Dhoni... Captain Of The Millennium