Days Of 45 Degrees Will Become Weeks 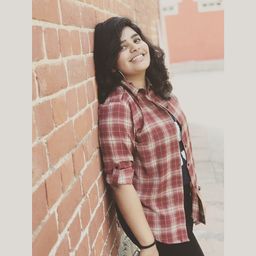 The days aren’t far when we will have discussions over whose regions has hit the highest temperature?

Or should I say the days are already here, where news like countries are expecting record-breaking temperatureand the world is set to face temperature much higher than normal are making rounds.

But, why should you care, aren’t AC'S here to save the boat, so this piece of information might interest you that it is one of the major shareholder in making global temperature increase.

But the good news is that the temperature would rise this drastically, that even the AC's won’t be able to control the situation.

So There’s no doubt humans have been the main part of the problem, and that’s why we have to create a solution. The first step is understanding how, exactly, our actions have created this situation.

1) Industrialisation:- The transition of economies from primarily farming based to primarily industrial based has been a major contributor in global warming. Research suggests global warming was kicked off partly by the Industrial Revolution in the U.S. and other countries, which occurred in the mid-19th century.

2) Deforestation:- Millions of acres of forests are cleared every year, even whether to harvest wood for making lumber or paper, to clear land for farming and ranching or to make way for residential and industrial areas.

Tree cover loss experienced in the tropics in 2017; that’s equivalent to losing 40 football fields’ worth of trees every minute for a whole year.

3) Consumerism:- Our need to have the latest gadget and get it delivered right now, in addition to a culture where disposability is seen as a positive, is a major contributor to global warming. The products used by humans contribute to more than 60 percent of greenhouse gas emissions and as much as 80 percent of total land, water and material use.

There is a price to pay for achieving this.The price is to reduce demand for fossil fuels to meet our energy needs and replace them with renewable energy.Reduction in demand for fossil fuels will result in shut-down of oil fields and refineries, closure of coal mines and stopping production and use of gas over the next 20 years.We have long known the inevitability of these outcomes and the need to ensure they are achieved in a planned, orderly way, involving retraining and re-employment of those currently engaged in them.

And Without major societal changes over the next decade, the planet is facing a global environmental catastrophe that has caused or worsen war, poverty, water shortages and massive species die-offs.

And honestly, no article can influence you to save the planet until and unless you won’t realise how far this problem has gone and there is no way out but to have environmental- friendly choices.