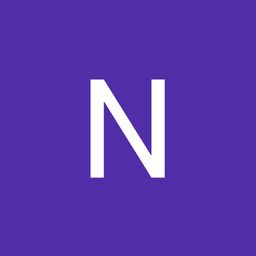 He played a few chords then he sang some more—

"I got the Weary Blues

And I can't be satisfied.

Got the Weary Blues

And can't be satisfied—

I ain't happy no mo'

And I wish that I had died."

And far into the night he crooned that tune.

The stars went out and so did the moon.

The singer stopped playing and went to bed

While the Weary Blues echoed through his head.

He slept like a rock or a man that's dead."


The above lines, by Langston Hughes, although portray an unhealthy rather morbid imagination yet also represent the significance of the singer's music. Hughes suggests that the singer has achieved relief through his music. This relief, he describes as an escape from the disparity of reality. Instead of turning to violence, suicide, drinks, or some other desperate measure to numb his pain, the singer is able to channel his anger, sadness, and weariness into his music.

Here, the author is seen to mimick the natural patterns of speech and music by drawing inspiration from his childhood "blues" music. "The Blues" is a musical style invented and propagated by African Americans, which historians often label as the secular counterpart to old slave spirituals. Both genres are of deep pain except blues songs often address a lost or wayward lover and are usually performed by individuals, emphasizing on the loneliness of the sorrowful, melancholic lyrics.

It expresses the worries of a common man in a simple and direct manner and thus features heavy repetition. However, there's this great ambiguity with the exploration of its meaning due to the variety of improvisations involved within the same verse. The typical three-line blues verse emerged from the call-and-response songs that was made up by slaves in the fields. West Africans working American fields did what they would have done at home: they improvised songs to the rhythm of the task at hand, that is, the lead singer repeated a line twice to give another singer time to improvise a response.

William Christopher Handy, known as the "Father of Blues", created sequences — verse, chorus, etc.,trying his best to make the songs seem as professional as possible, yet also simple to play, so he put bars to the music where you could count. Twelve bars with a turn-back. However, the old timers didn’t really play that way. John Lee Hooker, didn’t play by bars, didn’t count — he just made a change whenever he felt like it. He didn’t necessarily rhyme all his words, neither. "Whatever he was thinking, whatever came up, that’s what he was singing".

Speaking of improvisation, the 17th Century performers, singing "the blues", were often found laughing and crying at the same time. This happened due to their intense visual hallucinations while performing blues songs. These halluciations accompanied severe alcohol withdrawal. Thus, "The Blues" formerly referred to as "The Blue Devils" soon came to be used as a slang for "drunk".

This states the amount of diversity and distinctiveness the genre carried with itself besides its musical properties, as guitarist Robben Ford likes to say, “The blues is a big house.”

And much in today's world, this genre proves to be a great cultural achievement of the African Americans, who maintained their ethics and aesthetics, even as they were stripped of their languages and relegions, and transferred these values to an alien world, helping to create a new music that transcends racial and cultural boundaries.

Music As A Psychotherapy