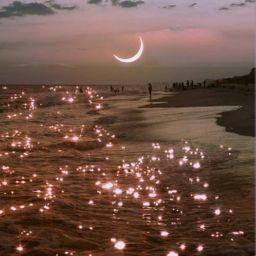 Bathed in glorious sunshine, this country has majestic history to offer. The country is considered to be the oldest travelling destination and it's fascinating pyramids have always been the iconic attraction. The natural beauty must not be considered less appealing as compared to its historical sites because the Red Sea has coral reefs and peaceful beaches. With all the alluring monuments and sheer beauty of nature, here is what all you can explore in this region.

Pyramids of Giza and the Sphinx

Pyramids in Egypt top the list when it comes to the famous places as pyramids and sand all around is the iconic image of Egypt. The country of Pharaohs has more than one hundred and twenty pyramids but the oldest and largest pyramids at Giza necropolis is a MUST. The Giza necropolis is situated on the southwestern suburbs of Cairo. Camel rides are also available around these perfect pyramids which took three generations to build. Khufu, his son Khafre and his grandson Menkaure were the Kings during that reign. It is always a better idea to hire a guide while visiting pyramids. While you need to have an extra ticket to go inside it but be careful because it is claustrophobic.You need to visit these pyramids at least as no trip to Egypt is complete without watching pyramids.

Dripped in turbulent history, the modern capital of Egypt is a bustling metropolitan. One of the top attractions of Egypt has medieval mosques and monuments popping here and there. As jotted earlier, the city has several mosques and Mosque-Madrassa of Sultan Hassan is a famed and impressive one. It is built near the ancient capital of Memphis and located near the mouth of Nile River Delta. Clinging to Nile, the city has its own advantages and famed cruise tours is one them. Travelers can also witness mummies, artifacts and treasures of the Pharaohs in the renowned museum of Tahrir Square.

Aswan is world-renowned for the spellbounding views it offers of Nile River and desert dunes. Located to the North of lake Nasser, Aswan is the southernmost city of Egypt. It is a mid-sized city and the perfect pick for relaxing and rejuvenating. Aswan acted as a supplier for making the world-class famous pyramids and was known as Swenette then. Aswan also acts as the initial point for excursions to the temples of Edfu and Kom Ombo. For a refreshing weekend, Elephantine islands are the perfect getaway.

It is almost unbelievable to see the surreal Sahara Desert in its absolute beauty all bathed in white. Sahara Desert has its name registered as one of the most marvelous places to see in Egypt. It produces enormous formations of chalk whose shade card range from snow white to cream. It has a timeless splendor which also features the cliffs of the Farafra Depression and the sand dunes of the Great Sand Sea. Wind erosion for several millenia is responsible for the white boulders and pinnacles.

Starting for the world-renowned pyramids to unbelievably amazing white sand of Sahara Desert, Egypt promises you memories that you will cherish for a lifetime.