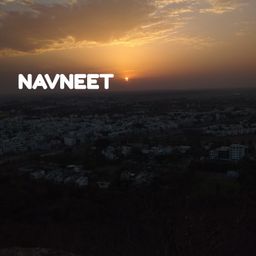 If you have been a fast and furious fan or ever played with hot wheels toys when you were young, then you definitely have zeal for cars, its body and its engine and all the details. With new launches everyday and auto expos taking place all around us we are attracted to the cars. The technology and the speed that a car provides is what we love about them the most. The thrill and adventures we can go to with our friends and family is what we need our cars for.

But, luxury cars don't only provide you the siting space and speed they also provide you the quality and the comfort with extra efficient engines and world class repair and maintenance services. Being the millennials we are surrounded by influencers showing the high class brands and cars to pretend rich or royal money. Thus, we are also familiar with most of these luxury car brands and there popularity.

The list of luxury car brands is endless but the top 10 picks of mine are as follows:-

Rolls Royce motor cars which is wholly owned by the German group BMW. It was created in 1998, when BMW was given the rights of the name Rolls Royce and its logo. This car brand manufactures its cars in England. The five current made cars by the company are GHOST, WRAITH, DAWN, PHANTOM and CULLINAN. These cars are the most expensive and luxurious cars of the world.

Bentley motor group is a British luxury car manufacturer which is a subsidiary of the Volkswagen group since 1998. Bentley has its own unique style of cars build for the aristocrats of England. The company was founded by W. O. Bentley in 1919 in Cricklewood.

Dr.-lng. h.c. F. Porsche AG is shortened to what we call Porsche AG is a German Automobile group famous for its high performance sports car, SUV’s and sedans. Founded by Ferdinand Porsche in 1931 in Stuttgart, Germany. The current line-up of cars by Porsche are 718 Cayman, 911, Panamera, Maccan and Cayenne.

Audi is a German automobile manufacturer that designs, engineers and produces luxury vehicles. Audi is a member of the Volkswagen group and has its main headquarters in Ingolstadat, Bavaria, Germany. Audi also develops the machinery and engine that supports the automobile.

Ferrari is an Italian auto-mobile manufacturing company based in Maranello which not only produces race cars but highly premium and precision cars. Enzo Ferrari founded the Ferrari AG out of Alfa Romeo division on 13 September 1939. Current models of ferrari are GTC4Lusso, F8 Tributo, Portofino and 812 Superfast.

Jaguar is British luxury brand of Jaguar land rover whose headquarters are at Witley, Coventry, England. Jaguar was founded by William Lyons on 26 October 1933. Jaguar was previously named S.S Cars due to the company owned it was called Swallow Sidecar Company.

Mercedes-Benz is a german global luxury car manufracturer and it is a division of Diamler AG. Mercedes-benz is the most sold luxury car brand with almost 2.3 million passenger cars. Founded by Karl Benz and Gotillieb Diamler on 28 June 1926. Mercedes not only makes cars it also makes buses, trucks and coaches.

Maserati is an italian luxury vehicle manufracturer established on 1 December 1914, in Bologna. Maserati is famous for its extravagant styles and luxuriously comfortable cars. It was founded by the Maserati brothers Ettore, Bindo, Ernesto and Alfieri Maserati.

BMW AG originally Bayerische Motoren Werke in German is called Bavarian Motor Works is a German multinational company which produces automobiles, motorcycles and aircrafts engines. It was founded in 1916 in Munich, Bavaria. BMW is the owner of many companies that produce cars in different name i.e. it has different subsidiaries.