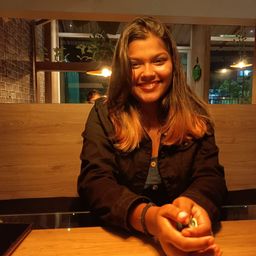 As I escape to my mind palace and press the nostalgia button , I travel back to that very day when I was about to go to that solo trip to Gangtok (It is in Sikkim, just so you know) . It took me months to convince my mom. It was all planned and wasn't supposed to be a solo trip .

Me and my two amazing friends were to go there and two of my closest boy buddies were supposed give us a tour of the city. We were to leave by 26 th of May (2017) but one of my friends out there said he had to leave on 26 th so the plan was cancelled. I said fine. I will go alone.

I packed my bags and was set to leave by 23rd. Mom found me a bus which would take me to Bagrakote , my uncle (mamaji) stayed there. I would spend the evening there and he would take me to Baghpul (Lions Bridge , literally) from there to Gangtok ( Gtk , for convenience sake ) by bus .

As I climbed onto that bus and waved goodbye to mom Rafeber consumed me, yeah that nervous feeling you get before a journey, yeah , that one. ... I am doing this alone . Bloody hell! Woahhh... I am Bear Grylls , (or ,am I ?) Well...

After 3 hours . I got to Bagrakote. I had an adress and I called for a Toto ( a four Wheller electric rikshaw) and gave him the adress.I had come to Bagrakote when I was a child with my family bit was all together a different experience.The greenery was so refreshing. It was an under populated area.

I got go his place and did the formalities. It was so long I had met them. ( They had two kids now) . I roamed around in the surreals of the woodland that Bagrakote is.

When I asked for Baghpul he said busses won't arrive until tomorrow so stay the night here and I would drop you off tomorrow. I was like nope. Not happening. I am on a schedule but there was no other way and he was right. I stayed.

It was so much fun rebonding with my relatives. Surprisingly they were modern souls trapped in middle aged bodies.

I texted my friends about my whereabouts.
That night I had the hardest time sleeping.
Definitely Fernwen. How weird... Feeling homesick for a place where you have never been to . Time ticked by slowly that night and next morning came bringing unabashed rays of sunlight glistening on my forehead . The morning was filled with hopes of adventure .

Downstairs mamiji (aunt) informed me Mamaji would come back by 10 am and drop me to baghpul . Meanwhile I took a stroll in the nearby lanes reminiscing the last time I visited this place. But it wasn't just the same. This trip was a peice of cake up till now ...no particular hardships. Smooth. Who knows what would happen today.

Hopping onto mamaji's bike onwards toward baghpul ...so many thoughts clamped together... Fear . Excitement. Euphoria . Thanking him I got in a sumo car. ( Since bus wasn't available until then)

Lucky for me, I got a window seat with a man sitting at my immediate left and Teesta River in my right looking all majestic and mighty in all its splendour.

Greedy eyed I looked at the distance awaiting an enthralling adventure ahead. My journey had just begun.

An Escape To The North East

These Life Reminders To Get Back On Track. #3