Violence And Crime Against Women- Statistics And Views 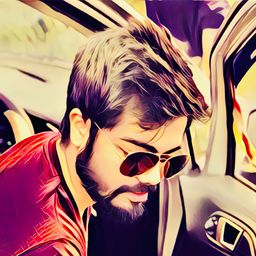 NCRB has released data against violent crime and crime against women. UP and BR recorded the highest rate in murder cases. National crime against women in form of cruelty by husband, abduction and rape has increased compared to last year by 2.9%. Delhi has higher crime rate than the national average. Delhi and Mumbai are still most unsafe for women.

There is decline in the murder rate. These figure pose a question that is social development influential in reducing crimes? There is a need to reform the police and sensitise the public. SC Court 2006 reform agenda has not be yet followed in letter and spirit. SC directives on police reforms also haven’t been adopted yet. We must curb the juvenile crimes by providing education and skill for better life opportunities. The Annual NCRB report Crimes in India 2016, released shows that only 47% conviction of crimes under IPC are at national level. In Delhi where the police commissioner is accountable to LG of Delhi with no political interference has more worse scenarios. There were more persons under trial and the conviction rate was very low.

More than 58% were also chargesheet but in Mumbai chargesheet filed was more than arrested. DNA testing of cases is also low, where India has only one forensic laboratory with nine thousands samples pending for examination. Crime prevention is affected by conviction rate, beat patrolling and by police and community working together. There is a need to distinguish between accountability and operational responsibility. Despite recommendations of law commissions and SC we do not have a separate investigation and law and order practice.

The prisons is also in pathetic condition. With no infrastructure, unhygienic and irregularity condition. About 2/3 are undertrials and half are acquitted normally. 40% of population are under 30yrs of age. 80% of prisoners are sentenced for under 3 months of imprisonment. Short prison term exposes to criminal indoctrination in jail and social condemnation outside. The main purpose of crimes administration should be prevention of crime and police cannot become instrument of social change.