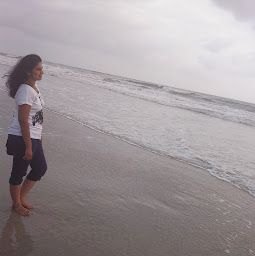 India has recieved gems who have succeeded well in every field. Let it be in the phase of technology, medical, hospitality, transport or a great fashion world. Nevertheless, well established and popular fashion designers are also found in our nation.

Neeta Lulla is an amazing fashion creator and stylist. She has been working hard to have an exceptional place in fashion designing. Her name became got associated with Bollywood after well known actresses like Madhuri Dixit and Aishwarya Rai who wore her costumes in Devdas. She has recieved IIFA award for best costume design in Jodha Akbar. Neeta lulla has never looked back, after great struggle she faced.

Moreover, she has been a great social activist who raised the issue of gender equality through her work. At age of 54, she is still working hard and creating amazing fashion clothes.

Manish Malhotra is an well known Indian fashion designer who works with great celebrities of India. He launched his label in 2005. He started gaining fame in year 2014 with great collection of more than a billion or so. Malhotra started his career as a model, slowly he gained his popularity among people through his think over making exotic pieces of clothes in the market. He has launched two huge stores, one in Mumbai and the other one in New Delhi. Now, he's one of the most favouring fashion designer in India, especially in Bollywood.

Sabyasachi Mukherjeeis an Indian Bengali Fashion designer from Kolkata. He sells the designer merchandise using the label Sabyasachi. Mukherjee is one of the member of Indian Fashion council. He graduated and got his degree from NIFT Kolkata. He has designed costumes for Bollywood films such as guzaarish, English vinglish etc. Recently, all the wedding costumes were bloomed by his art. Anushka Sharma, Virat Kohli, Priyanka Chopra Jonas, Deepika Padukone , Alia Bhatt and many superstars were shining with his handicrafted closet. He is gaining his popularity and growing his label "Sabyasachi" all over the world.

He is an exceptionally amazing Indian fashion designer. JJ has gained fame through showcasing his talent in Lakme fashion week. He was born and brought up in a city of Jodhpur. He got his higher education from NIFT, Delhi. He started his label in year 1992 , after his brother Tarunsingh who helped it to get initiated. He made a luxury and fashion lifestyle house in Delhi to propose his art.

He followed his twin passion: Fashion and photography. It is larger than the life approach where fashion and lifestyle has always been his signature.

Fashion designing have got larger exposure to develop as a career in this generation. Many youth are approaching towards this field and building their abilities. Different creative style are developing due to this as an professional field. These talented people are source of encouragement for all those fashion designer aspirants.

How To Build A Career As A Fashion Stylist?

How Fashion Brands Can Get Leverage By Content Marketing ?