The Skill Of Lie Detection 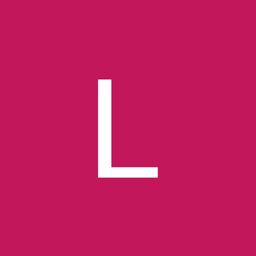 What Is It All About?

It is noted that lying is human behaviour. Every person, one way or the other lies to someone once in his life time but, once in a life time doesn't count much. In a research it was noted, that 96% people admit lying atleast some time. If somebody is lying to you frequently, you must be able to realise it. A research also says that more than 80% lies go undetected. It can be easy to spot most of the lies, only if you are good at reading the signs.

Applied research suggests that people are bad at spoting lies. Clearly, it is difficult to discriminate behavioural differences between honest and lying individuals. To help you out, researchers have attempted to uncover assorted ways of detecting lies.

Some Non-Verbal Cues to Detect Lies:

1) Start from asking neutral and casual questions to the person you have a doubt on. Observe their body language when they respond to your questions.

2) Pay close attention on any important clues the person throws. The person might give some odd answers, which may be clues about what the person is lying about.

4) It can be subtle and difficult to spot some facial expressions, but they can really helpful. Such as biting of lip, skin turning a shade of pink, flaring of nostrills and maybe rapid blinking of eyes.

5) you might notice a difference in the tone of the person. The person might speak in a low or high tone that his/her usual, while lying.

All of these were the basic signs you need to focus on.

Body language can be helpful to detect lies, but there are a few most accurate cues, which according to the research, definitely give positive results when it comes to detecting lies. They can be called as the red flags.

1) When lying, the person tends to speak faster than usual and gives more information than required. He/she tends to speak more than necessary. The persons afraid of what you might ask and is unprepared for any answers and to avoid being caught, they offer more details. They don't realise that this act actually turns out to be their biggest mistakes.

2) Person while lying, subconsciously seem to be more interested in their grooming behaviour. They play with their hair or press their fingers to lips or touch their ears more than twice. They might as well scratch their back of the neck.

3) The person might sound uncertain, unsure and insecure while responding to your questions.

4) You may also notice constant shrugging of shoulders and lack of expression. The person avoids to show any kind of expression when lying, in order to avoid conveying anything they don't want to.

5) Thinking for too long before answering or responding can also be noted as a sign of lying. When the person is not ready or prepared to respond, he/she thinks hard to fill in the deatails of the story.

6) If the person is lying, he/she tries to avoid eye contact in most cases. This cannot be very accurate because some people look dead in the eye while lying. The person might also look at anything and everything, anywhere and everywhere but you.

7) At times, the person might intentionally leave out the important details. When you start asking them about the thing you doubt the person is lying about, he/she might try to change the subject, focus on surrounding more, try to distract you etc.

8) The person while lying tend to repeat the questions more often before answering them, when lying.

9) The person gets nervous when you try to touch the subject he/she is trying to avoid and so, you might notice them fidget with their fingers or touch their face more often, pretending to think.

10) Shifting from one foot to the other can also be noted as one of the important cues. People tend to that when they are in hurry to escape from some situation, place or conversation.

11) The emotions reflected on the face of the person lying do not match the words they spill. His/her gestures also seem to be vague, such as, nodding yes while saying no or vice versa.

12) The person uses phrases like "to tell you the truth" more often while talking. Without realising, the person tries to justify himself/herself by using such phrases.

13) If you closely observe the body language, you will notice that while lying the person might have concealed his/her hands in order to avoid fidgety fingers and they also pull their body inwards in order to avoid attention. It only makes them look more small in frame.

14) Most the time the person clears his/her throat before responding. When the person is unsure, this gesture gives them a few seconds to come up with an answer.

15) You might also notice the person breathing a bit heavily that usual, when he/she is lying. The heart rate rises when someone lies and this causes the heavy breath intakes.

Let's not miss the most important lesson, i.e. the body language and eye movements can be helpful in spoting lies but the key is to understand and note which signals and gestures you need to pay attention on.

Detecting lies is a skill, which can be developed and improved with practice over time. It for sure requires attentiveness, patience and is time consuming, but can be very helpful. The Skill take a bit of work to develop, but it gives you an opportunity for you to make smarter and better decisions. The skill can turn out to help you in creating deeper and more honest relationships in life. You might also let go of a few lies when you get better at this skill of detecting lies.

How To Know If Someone Is Lying

Study Abroad- Not A Piece Of Cake