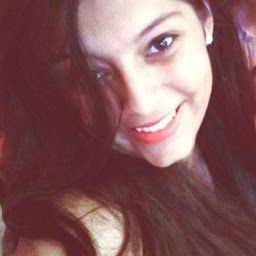 Her house always gave me an uncanny feeling. She was an eerie old woman. She kept awake all night. The light of her house never ceased to appal anyone. I was always too scared of her. She was my neighbor and the only one who I suppose had my answers. After my accident, the eerie warned me that the deceptive woman will follow me. Well, she did. Whenever the lights turned off, her spooky face would seem on the dark band of my eye. The illusory lady nearly made me feel death while I was in coma.

Some two months ago, a car accident made me go in for a stupor while I met her.

She was weeping, lying in the city hospital in room no. 7. Her face looked forlorn. I had to help her. I entered the room to offer her succor and got baffled by the beep sound of the alarm clock that displayed 4:00 A.M., in the illusion which coincided with the one on my bedside. But, before I could understand how it happened, the woman rose from her bed. With agony, she pulled out the needles piercedin her arms. I could feel her torment. My arms ached.

She got to her legs and rushed out of the room through which I had entered. My intension of stopping her, made me rush behind her. Blood marked her footsteps. She kept running in the lead while I followed her. Soon, I realized the stain that trailed us was a mix of the blood of two. I was in pain. I couldn’t understand why I was bleeding. She had me in her trance.

Panting, we reached the bridge. She turned around to glance over me. She wore a smile of misery. Her black sunken eyes stupefied me. Without a second thought she jumped off the arch. My legs were not under my command. They followed her bloody footsteps. I climbed the railing and before I could jump everything went black.

I soon met dad in the morning. I asked him, “When was I up from coma?” He said, “You were up from coma at 4 in the morning. But, something strange cropped up on you. As soon as you were up, you ran from the hospital, straight to the bridge. I followed you. I called for your name, but you wouldn’t stop. I finally caught you before you could jump off and kill yourself. Did something happen?”

I replied to him with a nod. He wouldn’t understand my irrational hallucination.

He said, “Don’t worry. I have spoken to the doctor. He will investigate on this.”

In a couple of days we were home again. That specter came to me each day. She called me for aid. I felt helpless.

When we returned home, my neighbor, the eerie woman was sitting on the doorstep. She often did that. But, that was the first day she spoke to me. “This is not your imagination. She has come to take you as well. The hospital, bed no. 7 and the same alarm clock is not a coincidence. It’s a warning. Beware!” she said.

I ignored her. I thought her ghastly pranks were on her toes. But now, I need answers. I need to know who that woman in the dream was. How did the eerie know about my dream, when it just confinedto me?

I decided to go to her house. Before I could ring the bell she opened the door. “I knew you would come,” she said. She waved me to come in the house and take a seat. I did as directed.

Making herself comfortable on the opposite couch, she started, “Would you like to listen to a tale? Since long I had wanted to speak to you.” Before I could even reply, she began narrating.

“There was once a couple who just delivered. The mother was on the hospital bed, waiting for her baby girl. She was too excited to take her daughter in her arms. She imagined the birthday dress she would make her wear, the cradle that she would buy for her and toys she would bring. But, her thoughts shatteredwhen the nurse came and told her that the infantis murdered. The ailing mother sobbed all night, questioning herself, the death of her daughter. Filled with despair, she attempted suicide,” said the old hag.

I asked, “Then, how is it all connected to me? Why does she want me?”

“That lady was your father’s first wife. After her death, he got married again and adopted you,” she answered.

“He adopted me. That means that I’m an orphan and he is not my father.” Her words made me speechless.

The old woman continued, “No, my dear. You are not an orphan. The woman who died was your mother. Before you could be casted to death, your father managed an escape plan for you. He offered you to an orphanage. But, he could never tell this to your mother as she self murdered herself by jumping off the bridge. After her death, your father married again and adopted you back. I told you, your illusion was not a coincidence. Your mother wants you with her. She wants to fulfill the desires she had planned for you. Moreover, she doesn’t want you to suffer the way she did. She fears that you are a girl.”

“Do you know who the conspirator was?” I asked in a soft tone.

“Your grandmother was your conspirator.She did not want a girl as her grandchild. She still repents for her deeds, but is never forgiven,” she replied.

I had all my answers. I needed some time alone with myself to deal with my identity. With a heavy heart, I rose and walked out. Suddenly my feet stopped at the doorstep. I turned around for my last question, “How do you know all this?”

With a desolated smile, she replied, “I’m your grandmother.”