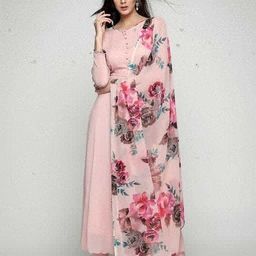 No no I m not gonna talk about reel life hero or any movie star.

I m not talk about humans okay.

Today in the article I want to share some awesome facts about our Hindu lord shiva ,

As name he is bold fearless patience and I think every good things are inside him.

Lord shiva has many name, these names given him by his action.

Like once at the time of samudramanthan he was drink poison then his neck colour trun blue so people used to called him Nilkanth. His every name tells special story. You should know that.

As you all know he plays many characters and save earth but today we focused on his personal life which have nothing personal.

Basically he is Saint so he has not girl in his life.

But princess SATI has crush on him so she wants him as her husband that's why she start tapsya and as a result she got lord shiva as husband.

As times gone their love bond become more strong. Now lord shiva protect her from every danger and provide her best life and she is also adjust with situations.

Lord shiva respects her more and this is the key of their happy marriage life they both understand each other and you should know that he has only one wife, because his wife is human so her life will be end and she take birth again and again on this long process shiva waits for her and truly love her.

Now days people worship them and they deserve because once you completely know about them you feel that what happen if Lord shiva has superpower. He even can't stop the process of human birth and death. He also cry for her. He also wait for her.

Lord shiva has the power to do anything but he never misuse it for his love.

Most of people says that SHREE RAM is best husband but I think they don't know that he leave her just because to set an example.

No doubt SHREE RAM is best son , best brother, best leader but he is not best husband on my fantasy.

FOR ME LORD SHIVA IS BEST HUSBAND WHO TAKES CARE OF HER, PROTECT HER, AND HELP HER TO FIND HER OWN VALUE AND POWERS.

He make an ordinary girl to an extraordinary. Which is a polite and humble step.

You should watch some TV shows which are based on them you can get all information about them.

After know this story one thing you should learn that if your intentions are true even impossible be possible to make. You need is try hard to achieve your goals.

If you have that leval of dedication, trust love and you also get life partner like lord shiva.

Even Lord Shiva Had A Heartbreak?!?

The Immortals Of Meluha